On October 6, EKOS Research reported that not only had the Conservatives pulled ahead of both the NDP and Liberals. 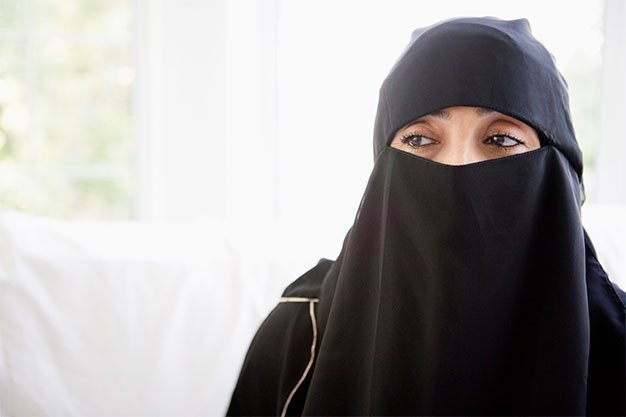 On October 6, EKOS Research reported that not only had the Conservatives pulled ahead of both the NDP and Liberals in Quebec, but that the defining issue was the niqab.

My Facebook comments thread exploded with anti-Quebec bigotry, as if that province were solely responsible for the shameful anti-Muslim rhetoric that has dominated the 2015 federal election campaign for the past month.

Almost nothing else has mattered since September 15, when the Federal Court of Appeal upheld its decision allowing Mississauga housewife and mother Zunera Ishaq, 29, the right to swear her oath of Canadian citizenship while veiled. Not Conservative corruption scandals, not climate change, not trade, not robocalls and certainly not serious womens issues such as pay equity, subsidized childcare or murdered and missing First Nations women.

So why have supposedly progressive, small liberal Canadians set their sights on Quebec as ground zero for xenophobia? Why did a CBC news report about a man clad in a Confederate flag crashing a Calgary all-candidates debate to rant about the niqab not get as much traction nationally as teen punks in a Montreal suburb who knocked a woman wearing a niqab off her feet?

There are many reasons for this. Among them, media reluctance since 9/11 to brand white Christian guys

Its true that Quebec has gone the anti-niqab route. We can trace this particular brand of identity politics to 2007, when the now-defunct, populist right-wing Action Democratique du Quebec edged out the Parti Quebecois for second place in the provincial election. One of the ADQs stances was reasonable -accommodation, which translated to not allowing immigrants religious rights that might clash with Quebec values. In Herouxville, an all-white, all-francophone, all-Catholic town of 1,300, the mayor announced a code of conduct prohibiting the stoning of women, female genital cutting, veils and other actions commonly, but not accurately, associated with Islam even though the town contained no Muslims.

From there, the race to reject religious symbols was on.

In 2010, the Liberals introduced the Charter Of Quebec Values, which would have banned veiled women from receiving and delivering public services, including health care and education.

Two words: uncovered face, then premier Jean Charest said, before introducing his bill. The Liberals were trounced by voters and the PQ in the 2012 election.

Then, in 2014, came the PQs Bill 60 (Charter Affirming The Values Of State Secularism And Religious Neutrality And Of Equality Between Women And Men, And Providing A Framework For Accommodation Requests), which would ban not only the niqab, but just about every imaginable religious symbol, from the Sikh ceremonial dagger to the Jewish kippah. Ethnic groups protested, but before it passed, the PQ was defeated.

At the same time and virtually minutes before the last federal Parliament was dissolved Canadas multiculturalism minister, Tim Uppal, the turbaned Sikh often seen sitting behind Harper during question period, introduced Bill C-75, which would force women to reveal their faces during public citizenship swearing-in ceremonies.

It was just another step in a carefully constructed strategy to stoke latent Canadian xenophobia: the Conservatives had been gearing up for this since 2011, when then immigration minister Jason Kenney first announced his illegal ban against veils at citizenship ceremonies.

Its arguably true that Quebecers are more concerned with demographic homogeneity than the rest of Canada. After all, the population is still overwhelmingly old stock Quebecois and, because it tends to attract francophone immigrants, its natural that Muslims from Algeria, Morocco, Egypt, Tunisia, Libya and Lebanon would gravitate there. Indeed, there are parts of Montreal where the streets are lined with shawarma shops and hookah dens.

But at the same time, Quebec is demonstrably a feminist society, one in which state-funded daycare has been provided since 1997 and where two major womens rights organizations (supported by government funding, it should be noted) have come out against the niqab ban as discriminatory. In 2014, they led a coalition of 17 womens centres to protest the hijab-aphobia plaguing Muslim women in the streets, in malls and on public transit.

Bloc Quebecois leader Gilles Duceppe and his party, who are now turning out to be the spoiler in Quebec, no thanks to the niqab debate, have always voted to protect reproductive choice, while the very same Conservative MPs who want to dictate what women wear have not.

The Facebook group Le 19 Octobre Je Vote Voilee, meanwhile, which now counts nearly 10,000 members, is encouraging people to post funny photos of themselves with bags, Batman masks and other coverings over their faces because, according to the groups interpretations of Elections Canada rules, voting while veiled is okay.

But that doesnt make Quebec bigoted, as the groups disclaimer emphasizes.

What is bigoted is the bigotry of the rest of Canada toward Quebec in the name of fighting bigotry, while ignoring it elsewhere in the country. Why not talk about anti–Muslim sentiment in rural Ontario or Alberta?