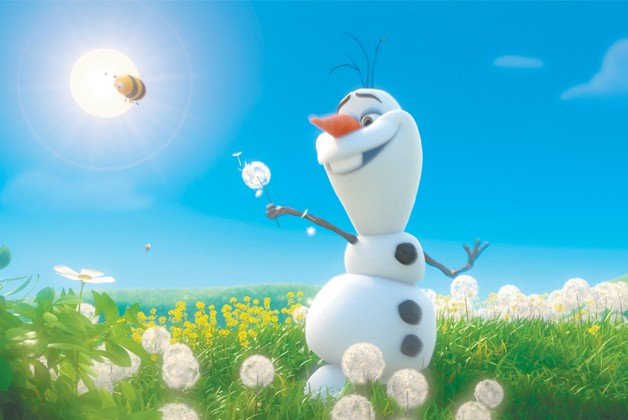 Frozen feels like a throwback to the classic golden period of Disney animated musicals, and while it doesn’t reach the heights of a Lion King or Beauty And The Beast, it’s entertaining enough, despite a lopsided narrative and the lack of a compelling villain.

Orphaned princesses Anna (voiced by Kristen Bell) and Elsa (Idina Menzel) have grown up apart (but in the same castle) since childhood, ever since Elsa’s power to turn everything to ice nearly got Anna killed. But when Elsa ascends the throne, her gift reveals itself, and she flees to icy isolation in the mountains, followed by Anna, a loner outdoorsman named Kristoff (Jonathan Groff) and happy-go-lucky snowman Olaf (Josh Gad).

It’s basically The Snow Queen mixed with Wicked, but the creators were smart enough to cast one of the latter’s stars (Menzel) and a host of other Broadway belters. The songs are derivative but effective, with only Olaf’s hilarious ditty about wanting to experience summer destined for classic status.

And Gad’s Olaf is the most entertaining sidekick since Timon and Pumbaa.