Fruit beers are not alco-pop and are sure as hell not "just for girls." They're not a shrewd marketing ploy (fruit has been flavouring beer for centuries) and they're not limited to dessert. They can be gateway brews or the choice of seasoned beer lovers. They can be dry, subtle, bright, tart, easy, quenching and more. Sorry, Bud, but lite lime ain't got shit on the real deal. Try these fruitful summer styles. 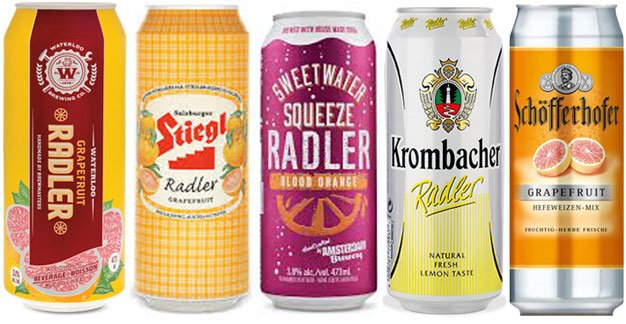 Radlers, shandies, beer coolers: whatever you call them, beer and fruit juice mixtures are having an undeniable moment. While that’s just peachy for drinkers averse to beer or those thirsting for a light and quenching quickie in the sunshine, there’s a world of fruit beers beyond the sweet, fizzy concoctions I affectionately call brunch-in-a-can.

A refreshing, low-impact mix of beer and lemon or grapefruit soda, Radler was made and named for German cyclists in the 1900s. The shandy, a mashup of beer and lemonade or ginger ale, has been a staple in British pubs since the 19th century.

Try these styles from near and far:

In the spirit of mixing it up, give your Radler some guts by adding a shot of gin or blanco tequila. 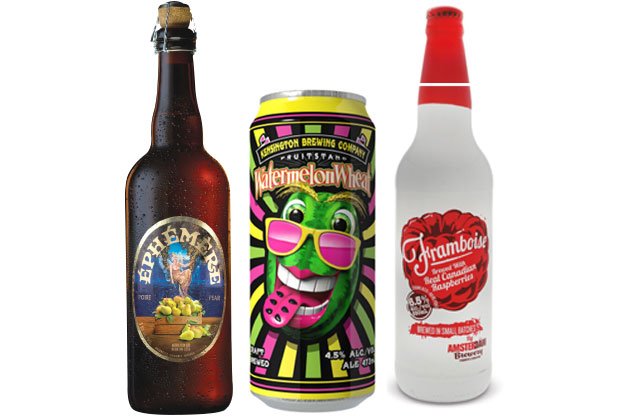 In these most widespread and accessible of all fruit beers, the softness of wheat allows fruit characteristics to take the lead. Brewers have known fruit and wheat are a match made in heaven for a long, long time: classic Belgian wits are brewed with orange peel (and coriander, but let’s stay on topic). Frambozens or framboise styles are some of the most successful fruit brews, allowing the bright aromas and flavours of hearty raspberries to translate well after fermentation. 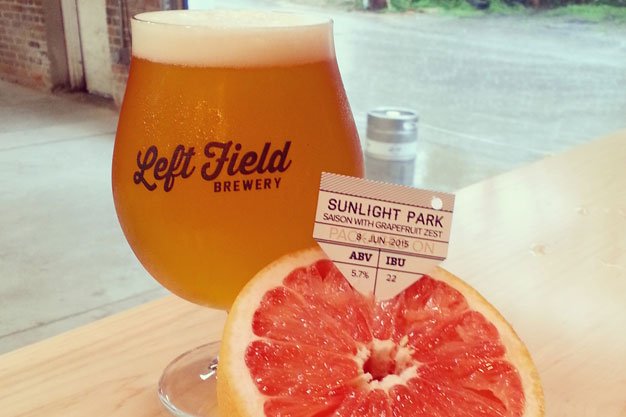 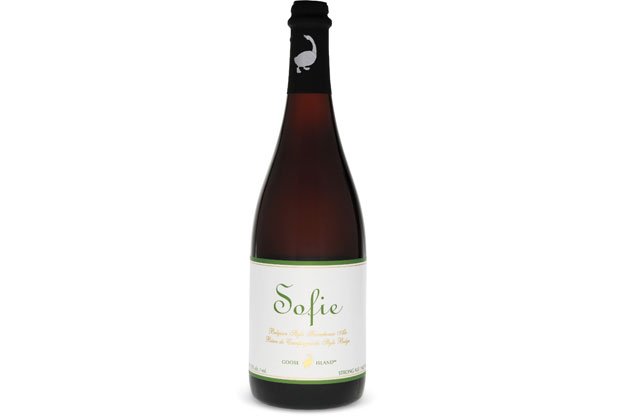 Originally brewed to soothe and fortify farmhands (and provide an uncontaminated alternative to nasty water), these ales and subset saisons hail from southern Belgium and northern France. Rustic and relatively obscure until recent years, this loose and incredibly versatile style has become one of the trendiest sips around.

The assertive ale yeasts used in farmhouse styles bestow the finished beer with a spicy, fruit-forward character that unsurprisingly plays well with fruit – from citrus to pineapple. 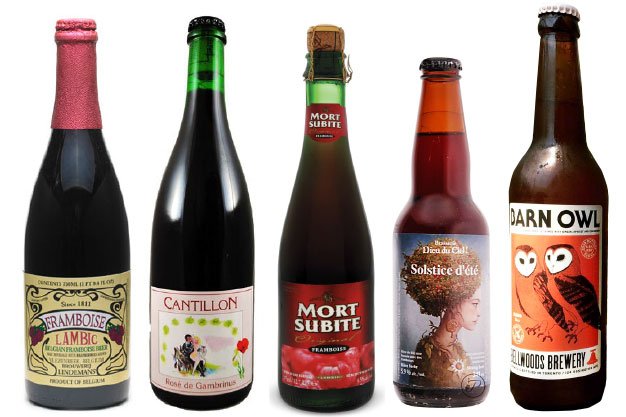 These summer-perfect beer styles get their puckering lip-smack from lactobacillus and other funky micro-critters during spontaneous fermentation.

When it comes to Belgian lambics, fruits like cherries (used to make krieks), currants and raspberries are traditional adjuncts. Some lambics are more sweet than sour due to the addition of sugar and fruit flavourings post-fermentation. Drier styles result when the majority of sugars (fruit or otherwise) are consumed by hungry yeasts to fuel the fermentation process.

Increasingly popular Berliner Weiss was commonly served with a shot of raspberry or woodruff syrup to curb its sharpness – a kind of choose-your-own-sour-fruit-beer adventure.

There’s a fruit sour out there for everyone. You might just have to put in a hard day’s drinking to find it. 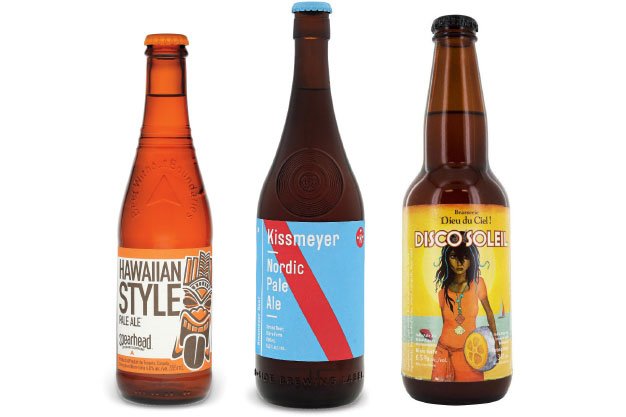 Quenching pale ales and hyper-hopped IPAs can be insanely fresh and fruity, thanks to the zesty and tropics-tinged little buds used in their flavouring. Fruit can lend another layer to an already complex style and help round out a thoroughly bitter brew.