Pan Am traffic snarl no match for Full Flex Express 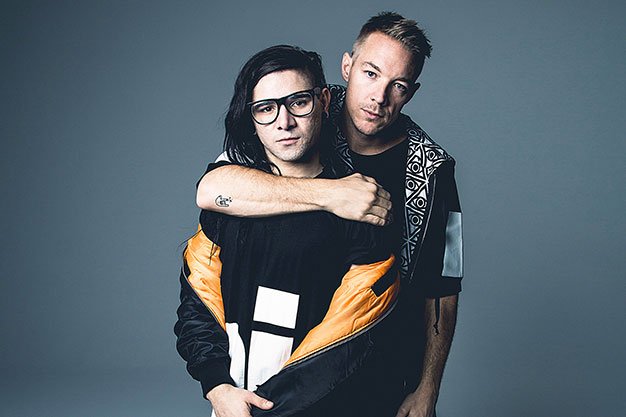 Diplo and Skrillex have plenty of love for Toronto and Canada. During Saturday’s sold-out stop on their cross-country Full Flex Express train tour, the feeling was mutual as fans packed Echo Beach, many wearing handmade Jack Ü shirts (the hit-making duo’s collaborative project).

Despite Pan Am Games-related traffic snarl, the decision to move the event from its previous 2012 location Fort York was the correct one, as there was plenty of room to dance or sprawl. Set changeovers were prompt, and the lineup offered something for everybody, from Florida group Hundred Waters’ laid-back experimental pop to hometown heroes Zeds Dead’s punishing drum-and-bass assault.

After Calgary pop sensation Kiesza’s high-energy set, culminating with breakout single Hideaway, Harlem rapper A$AP Ferg got the audience moshing and spraying water. While waving flags and zipping across the stage on Segway-like contraptions, Diplo and Skrillex played current radio staples (Drake, Fetty Wap, Rihanna), EDM anthems, and Jack Ü originals (Bieber-assisted Where Are Ü Now was a highlight). They also brought out Kiesza and Toronto singer Kai, who performed their contributions to the duo’s debut album. By the 11 p.m. curfew, the smiles in the crowd were as wide as the letter “U” in the Jack Ü logo.