NOW MagazineNewsFulton back in full force

Fulton back in full force

When we talked to Allegra Fulton in the. 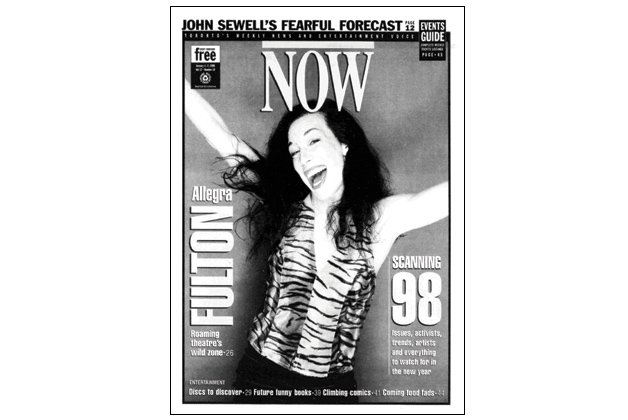 When we talked to Allegra Fulton in the January 1, 1998 issue of NOW (nowtoronto.com/archive, page 26 of the issue), the compelling actor was set to star in Michel Tremblay’s Marcel Pursued By The Hounds. Just off her Dora-winning performance as Frida Kahlo in Frida K, she’d feared she’d be playing the mercurial artist for the rest of her life.

Not to worry. Fulton went on to appear in scores of plays and films. She made a major splash in the 2o1o play The List, Jennifer Tremblay’s solo show about a compulsive list-maker who has trouble prioritizing,

She’s just opened in her solo show The Carousel – a kind of sequel to The List – to rapturous reviews (see NOW’s on page 52) that marvel at her ability to turn into multiple characters, sometimes terrified, often sexy, always riveting.

Travel back in time with NOW’s online archives. Just use the cool new searchable viewer online at nowtoronto.com/archives