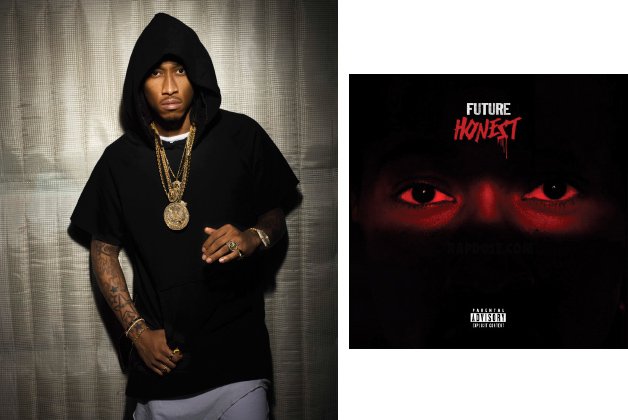 Two years after his acclaimed debut, Pluto, launched Atlanta emcee Future into the mainstream, the scratchy-voiced prince of Auto-Tune returns. Except this time with less overt vocal processing – partly because Future’s voice has improved, and partly because it’s started to imitate that computerized sound.

His pipes sound simultaneously like a wounded animal and sneakers squeaking on a waxed floor, and yet his vocals are imbued with unquestionable humanity you won’t find anyone else as convincing serenading his sweetheart as he is pushing dope. It’s a relief, then, that the skittery electro-warped beats – not quite as outer-spacetastic as Pluto’s – never steal the shine from his perfectly imperfect crooning.

At 18 tracks, Honest doesn’t feel bloated. Future takes his time on slow, sensitive jams: triumphant and refreshingly humble on Blood, Sweat, Tears infatuated on I Be U and sincere on I Won, where he salvages the otherwise backward Kanye collab from full-on sexism.

But for every tender ballad, there’s a classic Future banger in which he yelps the hook over and over, lest you forget it, on top of harsh beats: Covered N Money, My Momma (“ain’t raised no ho”), and most emphatically, Sh!t, which finds Future – at full vocal and energetic tilt – taking on lesser-thans of every variety.