NOW MagazineMusicFeaturesGang Of Four puts the ‘no’ in nostalgia

Gang Of Four puts the ‘no’ in nostalgia 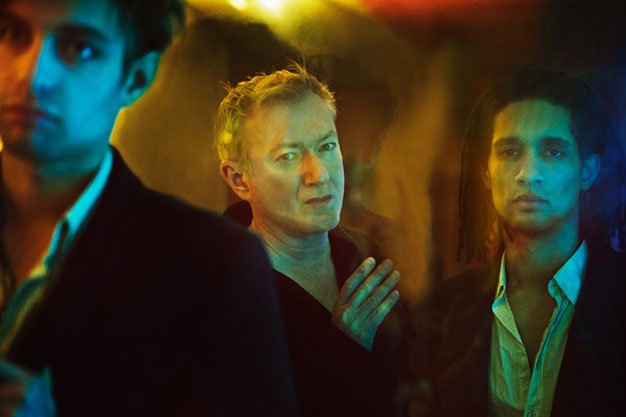 “When I started the new record I didn’t have a plan, but one thing I felt sure about was that I would go wherever I chose,” Gang of Four guitarist Andy Gill says from his home studio in London. “And I wouldn’t be looking back to some mythical Gang of Four rule book about what is and isn’t allowed.”

Toward the end of the 1970s, Gill co-founded the remarkable post-punk band, whose jagged, danceable, politically outspoken songs influenced a million musicians and earned them a loyal following. With few gaps, Gill and original singer/songwriter Jon King kept the outfit active with a revolving door of additional musicians.

The new album, What Happens Next, is the first Gang of Four record without King, who left after touring 2011’s acclaimed Content. It finds Gill completely rethinking the band.

“In the beginning, I was the musical director and trying to basically invent a new language – it wasn’t just a copy of James Brown or the Velvet Underground,” Gill says. “It was taking music apart in little building blocks and putting them back together until it felt right. And I thought I was doing that with this record.”

What Happens Next has received mixed reviews. Multiple singers have replaced the idiosyncratic King (primarily touring vocalist John “Gaoler” Sterry), and the album’s electronic, industrial ambience has been likened to post-Zooropa, 90s era amalgam dance-rock. Some of its modern lyrical motifs, including Obey The Ghost’s “We’re Facebook friends with celebrities,” have been described as heavy-handed and contrived.

From Gill’s perspective, he’s being as artistically honest as he can be while also carrying Gang of Four’s ever-questioning, critical flag into the future.

“Some people want familiarity and another version of what you’ve done before,” Gill says. “And other people have grasped this and said, ‘I can hear this is Gang of Four. I hear the same DNA in the guitar and beats.’ But it’s different and it’s now, and some people get it and others haven’t gotten it and are a bit fed up that it doesn’t sound like [1979’s] Entertainment!, I suppose.

“I’m never going to do Entertainment! mach two, three, four or whatever. Done that. The idea that Gang of Four could be about nostalgia is frankly abhorrent.”