Do we keep the stretch east of Jarvis up or tear it down? The answer almost seems too logical – relying on the car to get downtown is simply a losing proposition 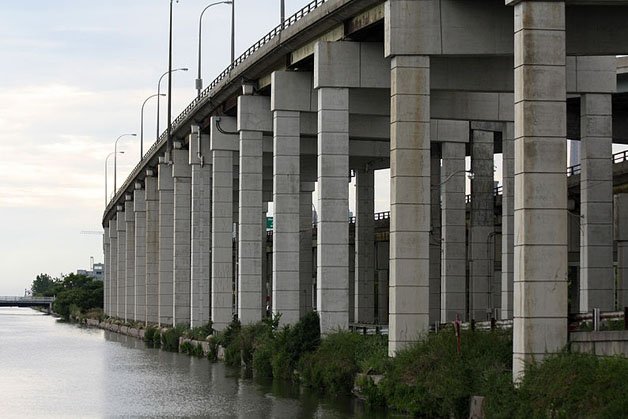 The year was 1965. The United States passed the Voting Rights Act, guaranteeing African- Americans the right to vote, the Grateful Dead performed their first live concert in San Francisco and in Toronto… the Gardiner was unveiled.

Much has changed since 1965. However, in 2015 far too much remains the same. The United States is still racked by racial tensions and inequality, the four surviving original members of the Dead are playing three reunion concerts in Chicago this summer. And in Toronto, we are once again considering the future of the elevated expressway on our waterfront.

In a decision that will shape the future of our city, council decides at its June 10-11 meeting whether to remove a 1.7-kilometre portion of the Gardiner east of Jarvis, or to maintain the roadway, albeit with reconfigured ramps.

The latest debate raises a number of critical questions. Among them: are we building a city for the 21st century?

Decisions the effects of which will be felt for 100 years should be based on tomorrow’s needs, not today’s. On that basis, the option to remove the east stretch of the Gardiner should be the easy choice. The future needs of our city are clear.

Over the next 25 years, some one million new residents will settle in Toronto, and more than six million in the Golden Horseshoe region. The truth is we simply do not have enough space to build or widen roads to account for this growth. The only way we’ll be able to reduce congestion and sustain a vibrant downtown economy is by investing in public transit.

Some 157,200 people commute into downtown for work during the morning rush hour. Of those, 68 per cent take public transit, four per cent walk or cycle, and 28 per cent drive. Only three per cent of those drivers (5,200 people to be exact) use the Gardiner Expressway east.

Looked at in isolation, that last number should be enough to make a convincing case to tear the east section down. But what’s important here is to look at 40-year traffic trends. Since 1975, the number and the percentage of commuters using public transit to get into the downtown have gone up. Meanwhile, the number of people driving has remained the same. The reason for this is relatively straightforward: our roads are already at capacity. Public transit is increasingly the only solution for those commuting into the downtown.

As one deputant at our recent special Public Works and Infrastructure meeting on the Gardiner put it: “Widening roads to solve congestion is like loosening your belt to solve obesity.” It might take the pressure off temporarily, but in the end, it just doesn’t work.

Many of those advocating for the so-called hybrid option point to the fact the remove option will increase commute times for drivers by a handful of minutes. The argument seems painfully short-sighted. Relying on the car for downtown commutes is simply a losing proposition. So long as we fail to invest in public transit, it will only increase commute times tomorrow.

Here’s where the case for removal becomes clearer. The hybrid option will cost $919 million, whereas the option to remove will cost $461 million, nearly half a billion dollars less. The kicker: the much-needed Waterfront East LRT, which would serve many east-end commuters, costs $525 million. The savings from the option to remove would actually pay for public transit. It almost seems too logical.

However, never doubt the allure of an illogical argument if it will preserve today’s – if not tomorrow’s – commute times. In other words, we can’t remove the Gardiner east because we don’t have public transit, and we can’t afford to build public transit because we’re paying to maintain the Gardiner east. Joseph Heller couldn’t have described this catch-22 better himself.

Cities around the world – from New York to San Francisco, Madrid to Seoul – have decided to remove their downtown elevated expressways. Do we join them in planning for the future, or continue to maintain a city of the past? The year 1965 produced many historic moments, but the building of Toronto’s elevated expressway was not one of them. Let’s not make the same mistake twice.