NOW MagazineNewsGary Freeman: My underground railroad out of extradition

Gary Freeman: My underground railroad out of extradition 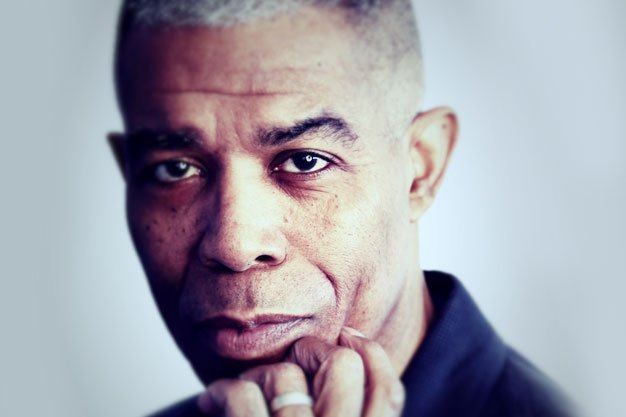 Forty-six years ago, on March 7, 1969, in Chicago, Illinois, I committed that most grievous of American offences – walking while black.

I was stopped by a white police officer, Terrence Knox, for no reason other than the colour of my skin. I was going to a barber shop just a couple of blocks away. I asked why I was being stopped. He never answered that question but demanded to see ID. I gave him my wallet, and when I informed him that he had no right to stop me without probable cause, he became agitated. He got out of his car threw me over the trunk and pointed a loaded revolver at my head. He screamed that he was going to blow my head off, “NIGGER!”

I defended myself. There was a struggle. His gun went off and his arm was injured. I was arrested, jailed and charged with attempted murder and aggravated battery. I was 19.

After posting bail and learning in 1974 that I was going to be a father, I decided to flee the United States because I didn’t believe I could receive a fair trial in racially riled Chicago.

I lived in Canada as a peaceful and productive father, colleague and member of the community. I worked as a research librarian at the Toronto Reference Library until my arrest in July 2004 on an extradition warrant. I was called a fugitive from justice, which took me by complete surprise because both governments knew I’d been in Canada since my arrival 30 years earlier. I now know this because documents that corroborated the fact were introduced during my extradition hearing.

I initially fought attempts by the U.S. government to have me sent back to the States to face criminal charges. I returned voluntarily in 2008, forgoing a Supreme Court challenge to my extradition in hopes of “a dialogue to achieve a resolution in my 39-year-old case, one that is grounded in the spirit of peaceful conflict resolution… if for no other reason than to allow for the healing of two families.” That’s what I wrote in a farewell to friends and supporters back then.

At the time, the People’s Law Office in Chicago had exposed a series of cases involving routine police torture and cover-ups dating back to 1971. The Illinois attorney general’s office had earlier detailed complicity on the part of higher-ups, including state’s attorneys and judges, to keep these incidents hush-hush. Some 200 accused and former accused came forward to say they’d been beaten with rubber hoses, phone books and fists and forced to endure electric shocks, suffocation and mock executions at the hands of Chicago cops.

I am now back home in Canada on a temporary resident permit (TRP) granted only last month. The Canadian government hotly contested my return after I’d begged for a permit for years. Then they issued one out of the blue.

That letter from Immigration Canada arrived more than a year after Federal Court Justice Anne Mactavish ruled that I had wrongly been labelled a terrorist and member of the Black Panther Party by the Canadian government. It arrived, coincidentally, the day after I marked 40 years of being a parent. My return was a surreal experience: to actually see my son and hug him, to be with my daughters and my wife on Canadian soil and know that from the airport I was going home at last.

I owe a profound and everlasting debt to them and to Canadian friends, colleagues and supporters who rallied to keep me in Canada and fought for my return.

But in the aftermath of the recent police killings of Michael Brown, Eric Garner, 12-year-old Tamir Rice and seven-year-old Aiyana Stanley Jones, we still do not recognize racial profiling for what it is – a hate crime. And there is still no effective means of ensuring police accountability to the people, which directly contravenes the principles of modern policing set out by Robert Peel and which every respectable police force should aspire to.

Our modern police forces, at least in the United States, seem to continue in the mould of the paddy rollers and fugitive slave catchers of the pre-Civil War era.

I fled from an America embroiled in the most heinous programs of racial and political persecution and repression since the abolition of slavery. I didn’t know it at the time, but I was following in the footsteps of countless American slaves who took the Underground Railroad to Canada, men like John Anderson.

Anderson was a Missouri slave who, while attempting to escape, was assaulted by a white man, Seneca P. Diggs. To stop Anderson’s flight, Diggs threw an axe at Anderson. He missed. Anderson fought back with a knife and stabbed Diggs, who, unbeknownst to Anderson, subsequently died.

Anderson proceeded on his journey and succeeded in escaping to Windsor, Ontario. For the next six years he worked as a labourer on the Great Western Railway and studied to become a mason and plasterer. There were attempts to apprehend him, the most devious a year or so after his arrival when a letter informed him that his wife and child had escaped and were waiting for him in Detroit. That ruse caused Anderson to relocate to Caledonia, south of Hamilton, where he bought a house.

In March 1860, Anderson was arrested on a warrant stating that he was wanted for murder in Missouri. The arrest warrant was issued by justice of the peace William Mathews, based on the word of a police officer who, it was later learned, had never seen Anderson before. After several weeks’ imprisonment and the appearance of no other witnesses, Mathews was compelled to release Anderson.

Three days after Anderson’s release, a Detroit police detective named John H. Gunning, who was also a professional slave catcher, came to Mathews and “deposed on oath that he ‘verily believed Anderson had wilfully, deliberately, and maliciously murdered Diggs,'” according to the account in The Story of The Life of John Anderson by Harper Twelvetrees. Gunning wanted the $1,000 bounty on Anderson’s head. Anderson was again locked up.

He wrote to the governor general of Canada asking to remain in Canada as a fugitive slave, but that letter went unanswered.

A three-judge panel ruled 2-to-1 that Anderson had committed a crime in Missouri that was recognized as a crime in Canada and could therefore be extradited in accordance with the provisions of the 1842 Webster-Ashburton Treaty between the U.S. and the British North American colonies.

That treaty, insofar as the British were concerned, was never intended to apply to fugitive slaves.

Canadian and British abolitionists stepped up their efforts on Anderson’s behalf and pressed the British government to intervene. A month later, on January 15, 1861, the British and Foreign Anti-Slavery Society applied to obtain Anderson’s release, this time before the Court of Queen’s Bench in Britain. It was during this hearing that the British government first learned that the “man of colour” whose extradition had been sanctioned by the Canadian court was, in fact, a fugitive slave.

Anderson was released and left Canada for England.

The Court of Queen’s Bench in Toronto was therefore dead wrong. But since Webster-Ashburton, the laws governing extradition between the Unites States and Canada have been rewritten to remove any protections for the individual.

During my fight I learned the hard way that extradition is a kind of legitimized rendition in which “international obligations” are interpreted to mean that Canada must allow comity to trump an individual’s human right to a fair and impartial hearing.

The extradition warrant in my case relied on a victim impact statement by Knox, the former police officer. It was sworn to as authentic by an RCMP agent who picked up on a narrative reminiscent of Detroit cop Gunning in the Anderson case.

“In the extradition application, Mr. Knox said that he got out of his police car before [being] shot at… seven times.” But in the victim impact statement, “Mr. Knox said he was still in his cruiser” when he was fired upon “about 13 times.”

Crown attorney Milica Potrebic described this discrepancy as “irrelevant,” since my extradition hearing was only to determine whether there was enough evidence to stand trial.

Is a “discrepancy” of that magnitude ever “irrelevant” in a court-room? We argued that we had a right to examine both the police officer and the prosecutor in order to put them on the record regarding discrepancies. We appealed to the Ontario Court of Appeal and were shocked when that panel rejected the request. The most bizarre and perhaps revealing line of reasoning rested on a fabricated scenario not present in the evidence.

“Some part of [Knox’s] body must have been inside the car when he was shot,” wrote the panel. Must have been?!

It got much worse: “There is no doubt about the inconsistency in the accounts of the number of shots fired by the appellant,” the panel wrote. “Interestingly, the total number of shots involved in the altercation has remained constant.” Seven plus six equals 13, so all is well?

Surprise! In a January 23, 2008, Chicago Tribune article, Knox invoked amnesia just before we were set to go to trial, saying, “I’ve pretty much blocked most of that day out.'”

This sort of amnesia is usually claimed when there is a strong likelihood that someone could be liable for perjury or making false statements.

A few Canadian defence lawyers have since gallantly fought the extradition laws, winning the right to challenge and impeach false, contradictory and/or unreliable evidence in extradition cases.

John Anderson was forced to leave Canada and sail to England. I have been brought home to Canada. Thus, our stories end up diverging, but am left to believe that Canada chose to place its international human rights obligations first and allow my family to be reunited. As Martin Luther King Jr. once said, “Everybody can be great, because anybody can serve.” Canada’s greatness should be bound to rededicating itself to the service of human rights.