NOW MagazineNewsGender “pronoun war” is about freedom for sure, but not free speech

Gender “pronoun war” is about freedom for sure, but not free speech

We’ve heard a great deal lately from U of T professor Jordan Peterson that non-binary gender pronouns are kooky, but in what kind of society does the sentiment “You can’t make me” constitute a compelling argument? 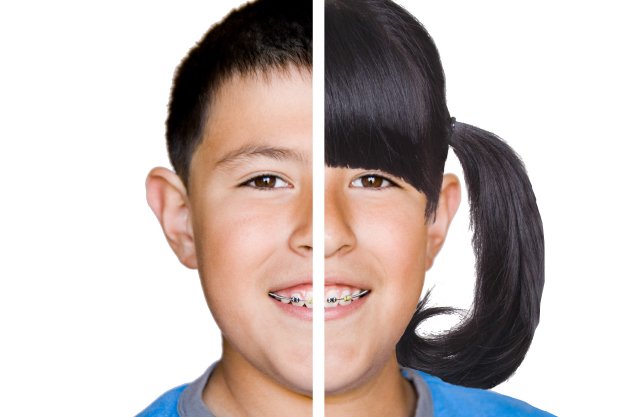 Being constantly gendered made daily life harder than it had to be, and it was already almost too hard. I had never heard anyone use the singular pronoun “they” to describe themselves before, but it just made sense.

“They” is how we already refer to a person whose gender is not known to us. In that way, it was precisely what I felt, that something significant was unfolding, unfinished, under way.

For some people, “they” is a permanent way to identify themselves and live in the world. For me it was temporary, and eventually “he” felt right, but either way, if we listen to the voices of non-binary people, the pronoun “they” provides breathing room. It makes this gendered world a little less jarring on a daily basis. It allows them to go about their day. It offers a type of freedom.

In 2000, I started a new job, and on my first day of work I got up the nerve to ask my co-workers to try using the pronoun “they” to help me make the space I needed. And help they did.

Though I didn’t know it at the time, in a cluttered corner office at a community health centre in Winnipeg, an oddball team of sexual health educators did the unthinkable: they just listened. They just believed me that it mattered. They took my word for it that I was not deriving pleasure from imposing random meaningless limits on their linguistic freedom. They learned to adapt I learned something, too. We didn’t realize it was so earth-shattering.

Did my new co-workers understand why I needed this? I really don’t know, but clearly they didn’t think that was the most important issue. We don’t need to understand something in order to sense the value it holds for others. In fact, the ability to treat experiences that we don’t understand with care, is a marker of the kind of society I want to live in.

What would have happened if, as a reply, my new co-workers had instead pulled out the organizational policies and said, “You can’t make me”? I’m grateful that I don’t know. They would simply never have behaved that way.

At that job, our task was to teach the sexual health curriculum in Manitoba’s high schools. The teens we worked with didn’t seem to notice that my co-presenters called me “they.” We came to their class, we talked about relationships and birth control, dating violence and HIV, racism and homophobia, we answered their urgent, timid, voice-cracking questions as honestly as we could, and we headed home.

But when we visited what were known as the “special needs” classrooms, I noticed something different. Here, for some reason, the students corrected one another without being prompted, they used “they” without explanation or fanfare.

Why were these kids, labelled with an “intellectual disability,” effortlessly able to do what others are unable or unwilling to? Maybe these kids intuitively understood something about respect, through its painful absence in their own lives. Maybe they had never been led to believe in the first place that their freedom trumped that of others.

We’ve heard a great deal lately from U of T professor Jordan Peterson and conservative journalists like Christie Blatchford who inform us that non-binary gender pronouns are kooky, and worse, that the request to use such pronouns, along with proposed Liberal Bill C-16, amounts to a thought-police conspiracy to steamroll our basic freedom of speech. It has been the occasion for much hand-wringing by those who say society should not accept such requests.

Bill C-16 would add “gender identity and gender expression” to the list of prohibited grounds for discrimination in the Canadian Human Rights Act and amend the Criminal Code to make it a criminal offense to publicly incite hatred based on gender identity or expression. Notably, within the trans community there are actually many important arguments for and against hate crimes legislation, but these are not the debates we are having.

Instead, we’re presented with conjured-up images of good people dragged off to jail for saying or not saying “ze” and “xe” instead of he and she.

As legal scholars like Brenda Cossman and Kyle Kirkup have patiently explained, it is not possible for Bill C-16 to lead to anything remotely like this. But for all the ink spilled and YouTube rants recorded, the subtext I hear is that there is a segment of society that is accustomed to others accommodating their freedom, but not the other way around.

Psychologist Randi Ettner says that for trans people, transition is a process of “soul retrieval.” If we include not only a change to the body, but a pronoun change as well, then I take this to mean that the moment of looking inward, of intimate sense-making, of reaching out to face the world on our own terms, is the moment when trans and non-binary people begin to really show up for ourselves. For those around us who listen, believe and try, I think this is when they really begin to show up, too, as companions in this human community, whose freedom is not threatened by the freedom of others, but depends on it.

Just as the Black Lives Matter movement demands of white people, and as the Standing Rock protest demands of settlers, those who move easily through a gendered world that blocks and stops and harms others at every turn, are simply not “free” to ignore injustice.

Fortunately, while the internet argues on, most non-binary folks are not waiting around. They are miles ahead, busy creating space for themselves and others, building the society they want to live in. I hope, like me, they get to have moments of freedom when they can see that the society they long for is, sometimes, already here.

Jake Pyne is a Trudeau Scholar and Vanier Scholar in the McMaster School of Social Work.