NOW MagazineLifeGetting attention for the game

Getting attention for the game 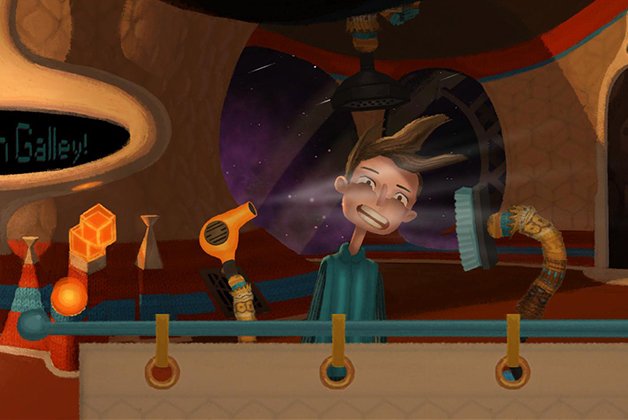 There’s been a tidal wave of new trailers, updates and shout-out hype about nearly every ambitious, artistic or undersung video game currently in the works.

It’s all part of the prelude to this week’s Game Developers Conference.

“I don’t know if you can exactly prepare for GDC,” says Mathew Kumar, founder of new Toronto studio MK-ULTRA Games.

“Basically every year it’s the same deal, the most organization I’m capable of doing is getting a haircut the week before and then just hoping for the best.”

GDC began as a modestly sized gathering in 1988, but has grown exponentially in the last decade. Today it’s a mecca for those rooted in the industry or aspiring to join it. They can mingle, see panels, talks, rants on business, tech, art and academics, plus demos, sidecar conferences, awards and drunken parties over the course of five days.

It’s the largest of its type and, while there’s publicity to be had, it’s designed for those participating in the creation of games instead of those just playing them.

Kumar has been going for years as a journalist, but this will be the first time he’s bringing his own game, Knight & Damsel.

“As a journalist, you’re hoping to find stuff to cover,” says Kumar. “Now, I’m trying to make as good a demo as possible and I desperately want to get that demo into people’s hands. I’m going to be honest and say that I gave it my all trying to find media people to look at it. I haven’t been able to line up anything, and I’m just hoping that by being on the show floor people will see it.”

Kumar’s demoing his game at the Ouya display, an underdog console if there ever was one. Knight & Damsel is an exclusive title for the Kickstarter-backed system, which you don’t see often enough, and is being shown along with other Kickstarter success stories Broken Age, slavery tale Thralled and another Toronto title, Toto Temple Deluxe.

If there’s one place the Ouya will have an open-minded audience, it’s GDC, a middle ground between E3’s investors interests and PAX’s sycophantic fandom. Kumar’s far from the only Torontonian in the mix.

“I’m pretty nervous and stressed, but in a good way,” says Cale Bradbury, who is heading over with Kelvin Put to show off their project The Dezert. This is Bradbury’s second time going to San Fran and, like Kumar, his first with gaming business.

“Last year I went down just to go to talks, meet up with people I knew on Twitter,” says Bradbury. “I saw how open people were to trying out others’ games and figured that it would be much more useful to watch people play rather than just email them a demo. I’ll be able to see where they get stuck, how they try to work past the challenges.”

Both Bradbury and Kumar describe the conference as similar to a whirlwind music festival, with indie developers ramming hostels and parks and a rich, sunny atmosphere amid the shadows of a huge industry.

“Showing it to developers is probably one of the most rewarding things you can do with your game,” says Kumar. “It’s probably the part I’m most looking forward to. Journalists have more of a critical, almost oppositional attitude, where as developers are more interested in what you’re trying to do.”

While the press get the web world buzzing about these projects, it’s the company of working game developers that makes GDC so much more crucial. They toss up ideas and advice to better a game, not just hype it, and the elbows of vets are right up against fresh faces. Bradbury hopes he’ll bump into Katamari Damacy creator and game weirdo legend Keita Takahashi.

“This is more about creating that low rumble that leads to something bigger,” says Kumar. “An interesting, pleasant place to show something you’re unsure about.”