Review: Getting To The Nutcracker 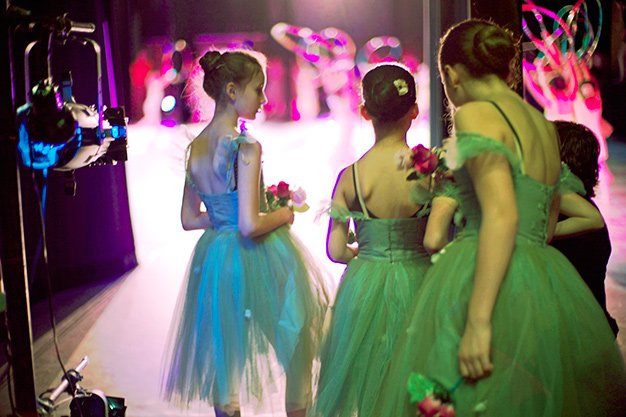 Aspiring ballerinas watch from the wings in inspiring doc.

As companies all over the world are readying their productions of that seasonal dance staple The Nutcracker, this entertaining doc shows just what it takes to put it on.

From auditions to rehearsals to the sweaty palms of opening night, director Serene Meshel-Dillman follows the lead-up to a charming version mounted annually by the Marat Daukayev School of Ballet in L.A.

The school has 400 students and is headed by artistic director Marat Daukayev, a former star of the Kirov Ballet, and his wife, Pamela, who calls herself its “barely managing director.”

Daukayev passes on his rigorous technique, perfectionism and sound philosophy, his face and voice remaining expressionless as he instructs. He rarely hands out compliments, which becomes one of the film’s running jokes.

Oddly, tuition and money aren’t discussed, and the fact of privilege is an unintended theme. One student’s father owns a catering firm and donates food and a tent for the performance an adorable seven-year-old who now lives in Beijing is flown in by his family so he can dance in the show.

What gives the film its heart are the kids’ passion and talent (a couple are extremely gifted). The adrenaline rush on performance night is palpable, and that footage is terrifically edited.

The jaunty score throughout is, of course, intermingled with snatches of Tchaikovsky, which should get you in the holiday mood.