Ghost at the Phoenix 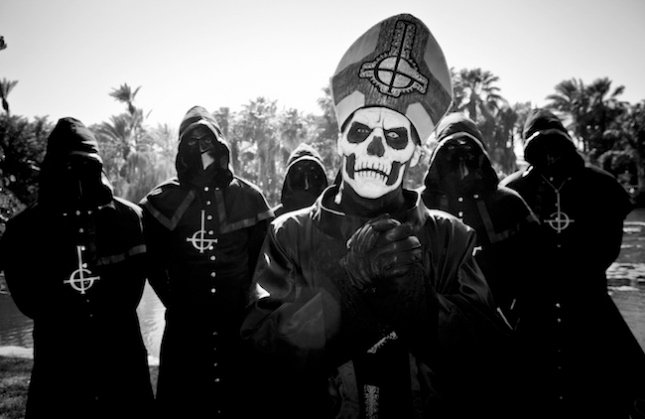 Partway through Ghost’s show at the Phoenix, while singer Papa Emeritus was addressing the crowd between songs, a loud static crunch came from the guitar of one of the unnamed ghouls. In his face paint and pope hat, Papa turned to look, and then joked about how it sounded like one of his old records.

The moment stood out because there isn’t a lot of spontaneity at a Ghost show. Songs sound exactly as they do on record: soaring vocals replete with choirs despite the absence of backup singers crisp and epic guitar riffs and body-rattling bass despite the absence of amps. There is little banter, just standard “How are you doing, Toronto?” queries in Papa’s comical accent, which is more Transylvanian than Swedish. Still, mixed with visuals that evoke an evil midnight mass, it’s all hugely satisfying.

The Satanic Swedish six-piece got the best tunes from their excellent 2010 debut, Opus Eponymous, out early, as young fans tried desperately to mosh to not-very-mosh-friendly Ritual, Prime Mover and Elizabeth. Material from 2013’s Infestissumam made up the latter half, many hitting harder live than on record, including Year Zero and Ghuleh/Zombie Queen. That cover of Here Comes The Sun needs to go, though.