Giorgio Mammoliti in court next week 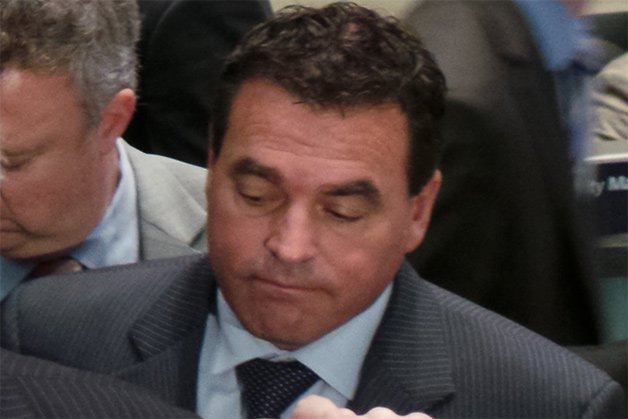 The case against Councillor Giorgio Mammoliti, who faces five non-criminal charges of violating the Municipal Elections Act, will be returning to court next week.

The matter will be heard at a judicial pre-trial at the Ontario Court of Justice at Old City Hall on Monday, April 14, according to Brian Gover, the special prosecutor tasked with handling the case.

In February 2013, the City’s Compliance Audit Committee, composed of three citizens with relevant expertise, voted unanimously to ask the City Solicitor to bring in an outside lawyer to pursue charges against Mammoliti, after auditors found several apparent contraventions of campaign finance laws. The City retained Gover, of Stockwoods LLP, who proceeded with five charges against the councillor in July (see sworn information at bottom).

Mammoliti (ward 7, York West) is charged for having allegedly:

• Exceeded his campaign spending limit by approximately $12,000 (or 44%). Among the reasons the auditors arrived at this conclusion was that Mammoliti applied all expenses incurred prior to August 27, 2010, toward his mayoral campaign, which had a higher spending limit than his Council campaign. Mammoliti both withdrew his candidacy for mayor and registered to run for City Council on July 9, before leaving on a three-week trip to Europe. The auditors decided that his Council campaign effectively began the day after his return to Toronto and that at least a portion of the next several weeks’ expenses should have been applied to that account instead.

• Failed to keep records of campaign expenses. Campaign staffers were allowed to make use of a Suncor Energy commercial card for the purchase of gas at Sunoco stations. Expenses associated with fundraising aren’t subject to the spending limit, but the auditors found the campaign didn’t keep track of who used the card for what purpose and when, making it difficult to determine how much of the $3,416.94 billed to the card should or should not have been subject to the limit.

(The full audit can be viewed as a PDF here.)

Reached on the phone Monday evening, Mammoliti referred all inquiries – including whether he would attend the upcoming hearing himself – to his lawyer, Morris Manning. “You know I can’t answer any of those questions.”

Manning did not immediately respond to a request for comment, but at a brief disclosure hearing last August played down the charges as “much ado about nothing.”

The councillor spent more than $30,000 in compliance-audit-related legal fees between November 2011 and April 2012, according to statements filed with the City.

More recently, he has faced questions concerning a $5,000-a-table personal fundraiser held in May 2013 (attended by prominent lobbyists Jamie Besner and Paul Pelligrini), as well as an apartment reportedly leased to him by a developer for below-market rent. Mammoliti has had financial challenges in the past, and Council voted last fall to renegotiate the terms of repayment for money he owed the City. (In 2008, Council chose to reimburse him for expenses associated with an earlier compliance audit, but the decision to do so was overturned by a court in 2010.)

Five candidates have so far registered to run for the ward 7 seat in the 2014 election. Mammoliti is not among them.

UPDATE AND CLARIFICATION (4/8/2014, 5:40 pm): There is actually an earlier court date for this case, on Thursday, April 10, according to Frederick Schumann, who is acting as co-counsel with Gover. It’ll be “a very routine appearance” to set further dates. In addition, the judicial pre-trial on Monday, April 14, is a case conference that will be closed to the public.