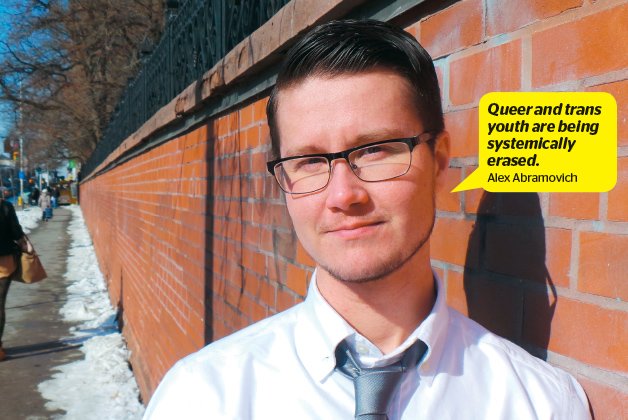 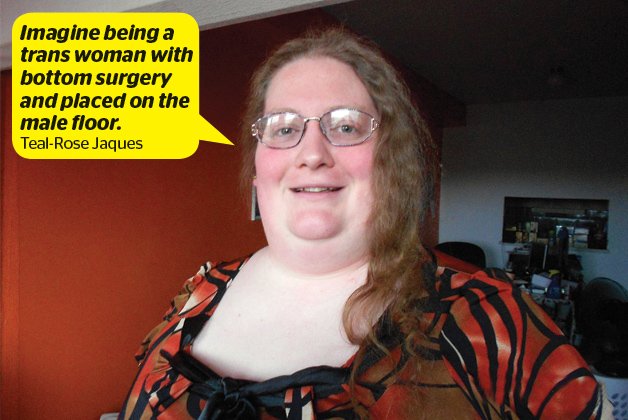 Teal-Rose Jaques did what she had to do to survive while at Covenant House, a faith-based Toronto homeless shelter for youth.

For a young trans woman, that meant changing into women’s clothes in the subway, away from the eyes of staff. At the shelter, Jaques says, she was forced to de-transition and dress as a male. She learned to keep her head down and keep to herself to avoid harassment, and put up “positive space” stickers around her sleeping quarters.

When she was transferred to a housing program through Covenant House, she was made to stay on an all-male floor. “Imagine being a trans woman with bottom surgery and placed on the male floor,” she says.

Jaques’s struggle with shelter staff ended in 2012 when she moved into transitional housing. Today she continues to be a vocal advocate for safety, acceptance and support of LGBTQ youth living in the shelter system.

“Covenant House has admitted that I kick-started their trans policies,” she says. “So that makes me feel proud.”

Jaques, now 25, has been a key participant in groundbreaking research by Alex Abramovich, who’s been studying homelessness among LGBTQ youth for seven years while completing his PhD at the University of Toronto.

Shortly after Abramovich released his findings last year to Toronto shelters, he went back to visit Covenant House. “There were rainbows everywhere,” he laughs.

Covenant House executive director Bruce Rivers, who came in after Jaques’s left, says the shelter has made big changes and that Jaques’s story was a wake-up call. Covenant House has implemented mandatory LGBTQ training, and staff must respect people’s chosen gender identity.

“We’ve made sure our policies create a safe and positive space,” he says. “There’s heightened awareness throughout the sector about people who are LGBTQ as well as two-spirited,” says Rivers. “There’s a need for the entire shelter standards to be reviewed and for changes to be implemented on the ground.”

“It’s critical that shelters respect the choices of young people, especially trans youth. We must stay focused on accepting, affirming and supporting those young people around their identity,” Rivers adds.

Abramovich says problems persist across the system because the city hasn’t yet made LGBTQ sensitivity training mandatory.

He warns that this is “an emergency situation.” He’s heard from kids who are terrified to stay in shelters. One spent the winter living in a park because he was afraid to return there.

Abramovich’s research showing that a disproportionate number of LGBTQ kids fall through the cracks in city-funded facilities has been the impetus for the first steps toward the creation of a homeless shelter specifically geared to them.

In December, a motion by Ward 27 councillor Kristyn Wong-Tam to set up a working group on the feasibility of transitional housing for queer and trans youth was adopted by the Community Development and Recreation Committee.

Wong-Tam is optimistic that Toronto’s first homeless shelter geared specifically to queer and trans youth will be up and running within the next 12 months.

“If not sooner,” she says. “That’s the objective. It’s clear that the need is there.”

Abramovich’s “mock defence” of his thesis took place March 14 at the Ontario Institute for Studies in Education (OISE), the first time key details of his study were publicly presented.

He says the number-one cause of queer youth homelessness is family conflict stemming from kids’ coming out. Lack of family support puts them at higher risk of violence, substance abuse, HIV and suicide.

The study has also been personally transformative for Abramovich.

While recording the stories of at-risk queer and trans youth, he says, “It encouraged me to come out as trans and begin my transition during the study, which was not an easy path to travel as a researcher.”

The city funds 13 youth shelters with 529 beds. Abramovich’s research shows there are 1,000 to 2,000 homeless youth in Toronto on any given night, of whom about 20 per cent identify as LGBTQ.

But queer and trans youth are being “systemically erased,” he says. Without training, staff are unequipped to respond to homophobic and transphobic incidents.

There’s still a long way to go, Wong-Tam says. “Whether or not we can get [for an LGBTQ shelter] through the 2015 budget remains to be seen.”

That, she says, may require the catalyst of a private donor stepping forward.