Glen Campbell: I’ll Be Me 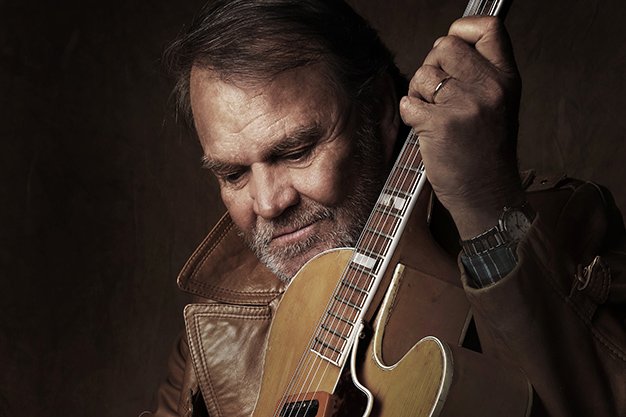 After country music legend Glen Campbell reveals that he’s living with Alzheimer’s, filmmaker James Keach decides to chronicle the singer on- and offstage during a farewell U.S. concert tour in 2011-2012.

The result is an oddly effective hybrid of music and medical doc, complete with Campbell disoriented in hotel rooms, visiting hospitals and nervously doing a decent Donald Duck impression.

Onstage, he transforms, chatting up the audience, singing in his now gravelly but still tuneful voice (he mostly reads lyrics from a teleprompter) and displaying real showmanship in a few guitar solos.

Campbell’s fourth wife, Kim, stoic and steely yet with reserves of humour, and their children, many of whom play in his band, are with him every step of the way.

You also get a glimpse of Campbell’s fans, both ordinary folks who want to see him one last time and stars like Vince Gill, Sheryl Crow, Kathy Mattea and Bruce Springsteen, some of whom discuss their own encounters with family dementia.

Some details, like Campbell’s alcoholism and his treatment of his children by his earlier wives, are glossed over it’s telling when he says there are things he’s glad to forget.

But overall this is a tasteful film, sensitively edited, educational and uplifting. There’s a moving section on Campbell and his family going to Washington to lobby for increased funds for Alzheimer’s research.

The taping of the Oscar-nominated song I’m Not Gonna Miss You is a highlight. And one of the most touching scenes is a small moment when Paul McCartney goes backstage after a show and Campbell just smiles blankly and shakes his hand.