It was a great year to be a nerd if you loved to laugh. 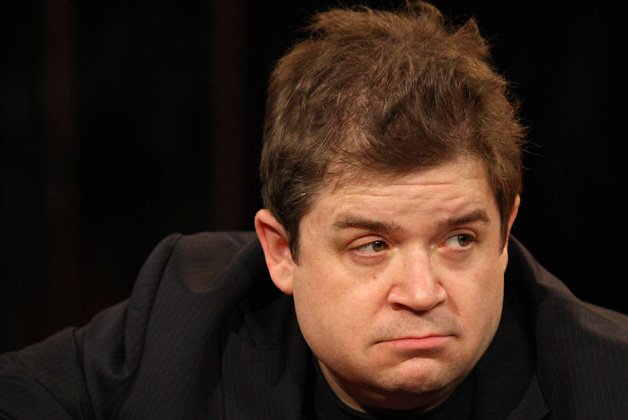 The centrepiece of the revamped JFL42 was a series of sold-out sets by Louis C.K. But Oswalt’s act felt fresher, whether he was riffing on Ahnold’s nanny scandal, suicide by Lean Cuisine or Germanic humour. Everyone’s favourite geek is so naturally funny, he even turned his experience renting a car in the Eaton Centre into comedy gold.

During her two years on the Second City mainstage, it was easy to take Frantowski for granted she was the one who’d do (almost) anything physical to get a laugh. This greatest-hits package featuring her SC peers (as well as a heartfelt speech by Scott Thompson) showed off her range, especially her clown-like vulnerability. “You like this one?” asked one of her bizarre creations. Oh, yes.

Toronto’s geek contingent came out in force for sold-out shows by Nerdist’s likeable Hardwick, who slickly took the piss out of MySpace, John Mayer, hipsters and one very obsessive Comic-Con nerd. Dom Pare and Andrew Ivimey hauled out great material to warm us up.

The best improv isn’t about jokes it’s about developing vivid characters whose actions surprise yet seem inevitable. L.A.’s Lennon Parham and Atlanta’s Jennifer Caldwell showed how it’s done in four scenes that were truthful, full of subtext and all-too-human comedy.

Robinson and a stellar lineup heated up a mid-winter crowd with observations about drive-by shootings, measuring the generation gap by its pubic hair (John Ki) and one wild working trip to Jamaica (Jean Paul). Best was Trixx, whose rants about Drizzy and Lil Wayne whipped the crowd into a frenzy even before he’d begun his set.

“America’s Gaysian sweetheart” can get laughs one minute and, within seconds, tears. Mapa’s show about adopting a five-year-old African-American boy with his husband was equal parts campy humour (comparing gay parenting to being Hermione Granger at Hogwarts) and real sentiment. A slide show provided the perfect ending.

When you’re known for snark, timing is crucial. And Barry’s act, whether critiquing the #fail that was JFL42’s ticketing system or demonstrating what “lipsmacking good” looks like, was perfectly calibrated, down to his last deadpan observation.

Gottfried, in his first appearance here since that unfortunate Japanese earthquake joke, proved he will never succumb to political correctness, sending up child abuse, short people, the hearing-impaired and – why not? – himself in a set where even slightly dated references were met with roars of “Did-he-just-say-that?” laughter.

Laura Salvas and Mandy Sellers lived up to that “weird ladies” label in a good way in this explosive comedy show where almost every sketch detonated. Leaving the theatre (to one of the funniest final Fringe images ever), I thought: we’ll meet again… soon.

A snark-off between DOM PARE, ROB PUE and MARK FORWARD, with DARREN FROST as ref a full EMMA HUNTER SHOW.

NEAL BRENNAN: it’s okay to be racist as long as you’ve written for Dave Chappelle and you pick on Asians.

Sun TV/NATIONAL POST: check your facts before you write/talk about DEBRA DiGIOVANNI and LAUREN ASH.