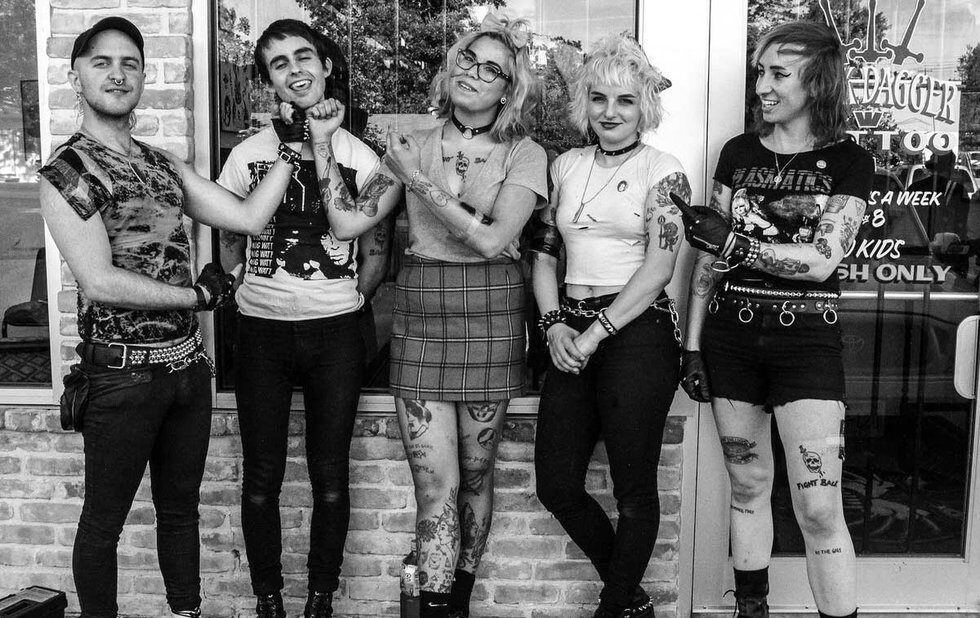 G.L.O.S.S., TURNSTILE and LOCK as part of NOT DEAD YET at the Velvet Underground, Saturday, October 15. Rating: NNNN

Those of us who had planned to catch about-to-break-up G.L.O.S.S. multiple times during this Not Dead Yet festival weekend felt some disappointment after waking up to the news on Sunday morning that the band had cancelled its Sunday all-ages matinee at Coalition, a benefit show for Canada’s first LGBTQ2S youth shelter. The reason: a mosh pit injury, which is a legitimately punk rock reason to cancel.

And although that left me kicking myself for having not bought G.L.O.S.S. merchandise the night before at their Velvet Underground headlining set, at least I’d witnessed that set. After all, these were the final chances for Toronto to see the Olympia hardcore punks, whose name stands for Girls Living Outside Society’s Shit. In September they not only turned down a $50,000 offer from Epitaph Records for what would be their debut full-length (because its distributed by Warner Bros.) but shortly after announced that they were breaking up after these Not Dead Yet gigs and one final show in the Pacific Northwest.

No surprise, tickets sold out fast. No surprise, fans faced a long lineup outside the Velvet Underground that prevented many from seeing the first bands, GAZM and Stuck Pigs. (All-ages shows = slow security checks.) Los Angeles’ Lock, who also played the Sunday matinee (along with superb-sounding locals Triage, a thunderous Anxiety, also from Los Angeles, and NYC’s Warthog), delivered a muscular style of hardcore with swiftly changing song structures. Then Baltimore’s Turnstile upped the energy thanks to bass player Franz Lyons’s back flips and lots of audience participation in the vocal department.

A feeling of momentous anticipation took over as G.L.O.S.S. plugged in their amps, and female-identifying fans moved closer to the front of the stage. “It’s an honour to be a punk,” said singer Sadie Switchblade before launching into their first song. The band promotes a fiercely feminist and pro-trans message, and it wasn’t long before Switchblade went there, just ahead of Masculine Artifice from their 2015 demo, explaining that a lot of people don’t understand that trans women often spend their lives trying to take off their masculinity rather than trying to put on their femininity, a distinction that earned cheers.

Their music is fierce, fast, angry and commanding, Switchblade’s voice shredded and deep against tight d-beat drumming and raging guitars. The five-piece struggled through some monitor troubles that caused Switchblade to ask for more of this or that on behalf of her bandmates after almost every song, and that somewhat halted the momentum, as did a request for another guitar halfway through. But the crowd stayed onside, moshing and cheering, especially during Trans Day Of Revenge, the title track of their June-released EP.

G.L.O.S.S. have only released 10 or so songs, and each is barely over a minute in length, so the set was over in a blink. But sometimes a band’s message and music come at exactly the right time in history, and it resonates far louder than the average long-running band’s sprawling catalogue, and the fact that they existed at all is enough to change things for the better.