Go ahead and RSVP to Mike And Dave Need Wedding Dates 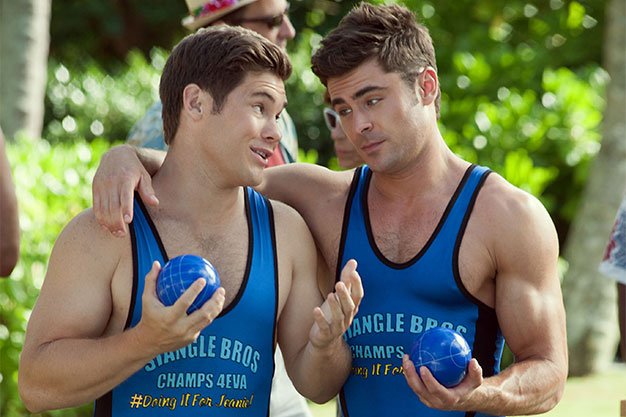 Mike And Dave Need Wedding Dates may be loosely based on “true events,” but the well-worn premise of a destination wedding gone wrong is all that’s needed for Hollywood and the Hawaii state tourism board to develop another broad (and very loud) romantic adventure comedy.

Adam DeVine and Zac Efron play the title brothers, codependent delinquents who are forbidden to attend their sister’s wedding if they show up stag. By advertising a free trip to Oahu through Craigslist, the boys entice hot-mess best friends Alice and Tatiana (Anna Kendrick and Aubrey Plaza), who love the idea of becoming parent-approved “nice girls” in exchange for a beach vacation.

With the exception of Kendrick, whose booze-addled fragility feels fresh, the film relies on the screen personas you’ve come to expect from its lead actors, resulting in uneven amalgamations of earlier – and better – Efrons, DeVines, and Plazas.

But while it does suffer from inconsistent characters and a clunky first act, the energetic debauchery, improvised one-liners and memorable bit parts result in a fun – if formulaic – comic luau.