NOW MagazineNewsGo ahead cynics out there, don’t vote

Go ahead cynics out there, don’t vote

But don't kid yourselves – there is no way to live off the grid in a democracy. Besides, if voting is truly meaningless, why are the people in power so afraid of voters? 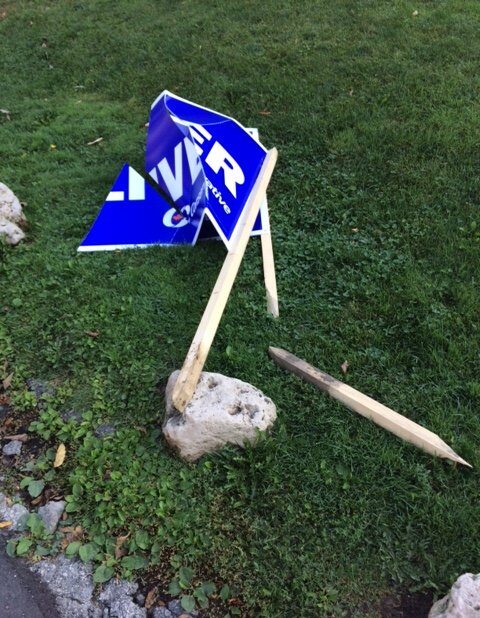 For about two decades I never voted in any election, at any level of government. Like most cynics, I told myself that it didn’t matter, that voting changes nothing.

I spouted the same glib comments that I still hear from people today: all politicians are the same, all political parties are corrupt, the system is broken or in the hands of big business. (Insert your cynical cliché of the day here).

On election day, I felt the smug self-satisfaction that all cynics feel. After all, we belong to a special club that knows better than to waste time voting, unlike the deluded fools around us who cast ballots.

But then, as the years passed, I began to notice that different governments, through their policies and legislation, actually had an effect on my life, for better and for worse. There is no way to live off the grid in a democracy. Even though I had supposedly bypassed the system, someone still gets elected, and the laws of the land still applied to me.

So gradually I began to vote. I didn’t become overly political. I don’t belong to a party. I have voted across the political spectrum based on platforms, personalities, my local candidate, or single issues that mattered to me. I have right-wing friends who assume I am a lefty. I have left-wing friends that suspect I am right-wing. Like a lot of Canadians, I don’t fit neatly into other people’s political stereotypes. I find the emotional rhetoric and name-calling of both the left and right-wing extremes cliché and tiring.

But I still vote.

Does voting always work? Of course not. Democracy, like life, is a complex, imperfect thing. You can’t push a button once every four years and get everything you want in your life, or in politics. But voting determines who is in power and that affects our lives.

The larger question I have for cynics is this: if voting is meaningless, why do countries under fascist rule work so hard to prevent people from voting?

And why, even in democracies, do some governments and political parties create barriers to voting, in effect discouraging people from casting a ballot? If voting is truly meaningless, why are the people in power so afraid of voters?

Of course, political leaders in Canada have no such fears. The majority of Canadians don’t vote, period, whether out of cynicism, apathy or just plain laziness. Their non-vote gives politicians even more power.

So go ahead, my cynical friends, don’t vote. You’ve made the politicians that you supposedly despise, very very happy. But don’t kid yourself that voting doesn’t matter.

Neil Muscott is a Toronto-based photographer and former comedy performer, writer and director.