Go with the flow: Water Filters 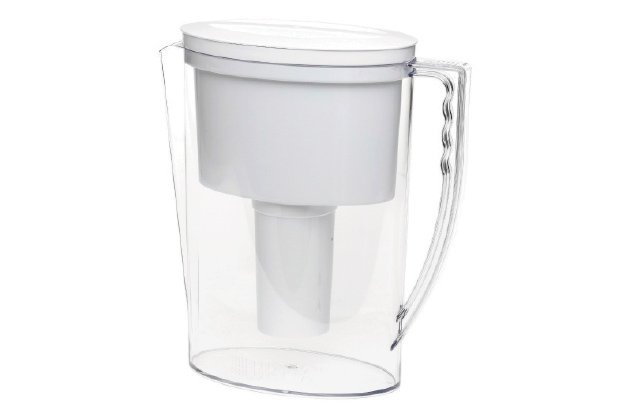 Plain unfiltered tap water has the smallest eco footprint. But the Silent Spring Institute just released a report on breast cancer and toxins (see below) that recommended, among other precautions, a good water filter. So what, exactly, qualifies as good?

Your least expensive level of protection. Most rely on granular activated carbon, which is quite effective at getting rid of trace pharmaceuticals in water but not good enough at reducing lead to meet certifier standards. A basic Brita pitcher is certified to reduce “cadmium, chlorine, copper, mercury, taste/odour, zinc.” Mavea is also certified against perc (the dry cleaning chem). Santevia isn’t certified but says it also alkalizes. Only one pitcher in Canada is certified to reduce lead, chromium, chlorine and other heavy metals: ZeroWater. 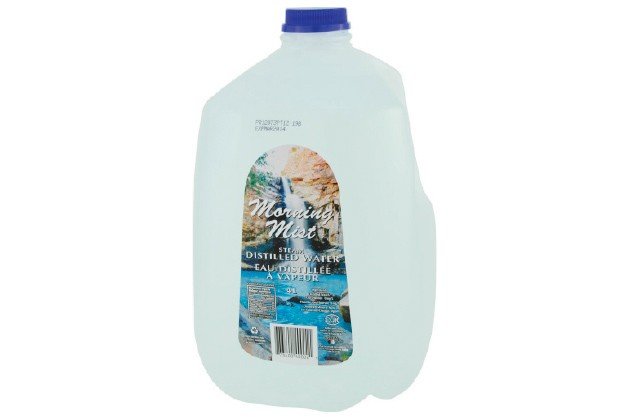 This energy-intensive filtration system basically vaporizes water, then captures the steam. It’s top-notch at killing bacteria and viruses (useful in rural settings with no municipal water treatment), but it also strips all the beneficial minerals out of water, which explains why the World Health Organization advises against it. It doesn’t remove chlorine or chlorine disinfection by-products like chloroform, hence why distillers often also run water through a carbon block filter. 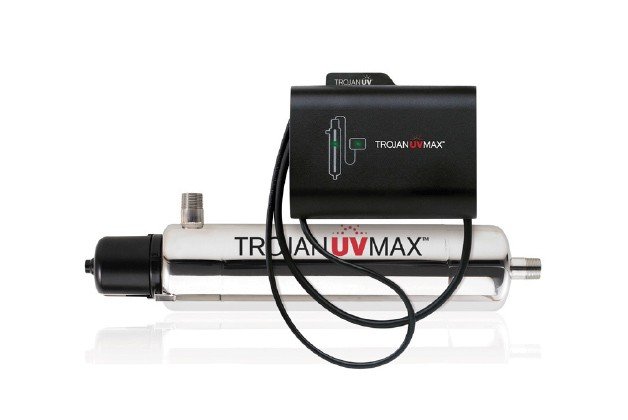 Zapping untreated water with UV light is another great way to kill off bacteria. In fact, the city of Toronto voted to treat wastewater at Ashbridges Bay with UV a few years ago to eliminate carcinogenic chlorine disinfection by-products. But to be honest, urban households getting treated tap water needn’t bother getting a system that includes UV. It’s largely a waste of electricity for urban home use, so we’re docking points. 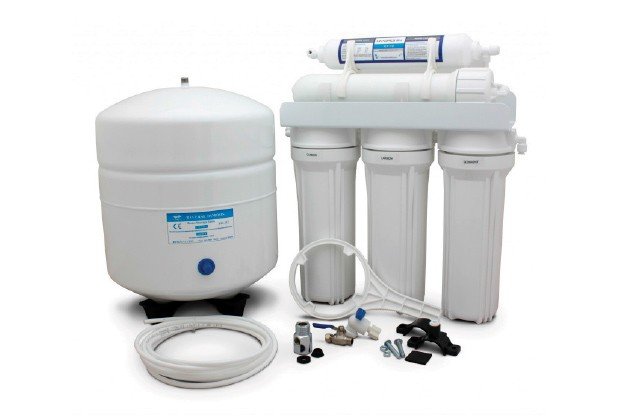 A long-time fave in the holistic community, since RO systems get rid of a lot of stuff not tackled by carbon filters, like fluoride, arsenic, bacteria and hexavalent chromium (made famous by Erin Brockovich). It also strips mineral content and doesn’t inherently get rid of chlorine or volatile organic compounds (VOCs). Not all RO filters are created equal – some do more than others. (See ewg.org’s water filter guide.) Where it loses points is waste: an RO system dumps three to 20 times more water than what it sends out of the tap. Probe before you buy. 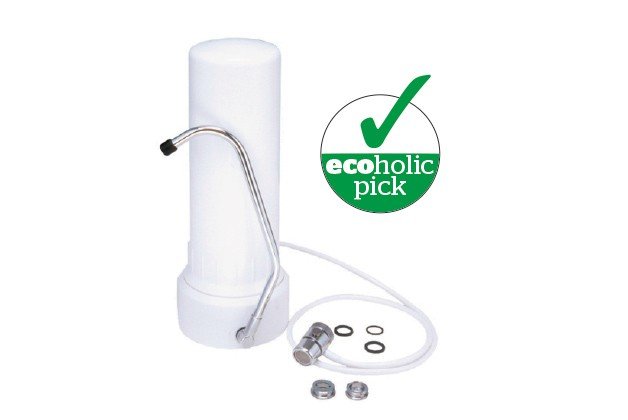 These super-condensed carbon filters are the type recommended by the Silent Spring breast cancer report (see below). They won’t remove fluoride (gotta combine it with reverse osmosis or alumina for that) or hex chromium, but are great for chlorine, lead, other heavy metals and a long list of VOCs. They don’t take extra energy or water to run, making them inherently greener. Shaklee makes a carbon block pitcher, though it’s certified to reduce less. Quality varies among countertop, faucet-mounted and under-sink versions. (See ewg.org’s filter guide.) 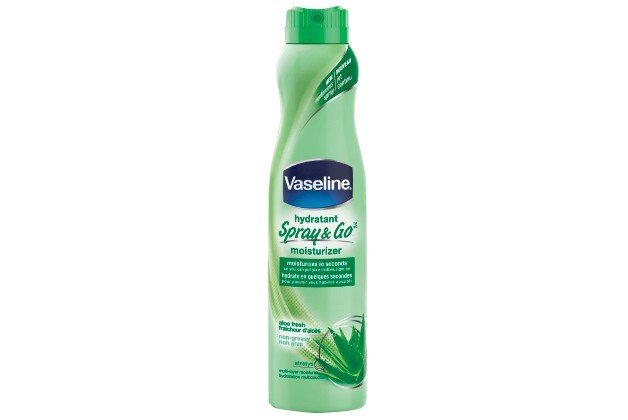 Looking for a quick spritz of moisture before publicly baring your limbs? The green bottle with the aloe leaf may lead you to believe you’re misting yourself with succulents. Flip over to scan the ingredient list and, lo and behold, aloe is eighth – behind a couple of petrochemicals and just ahead of propyl parabens, which are on the EU’s list of endocrine disruptors. On the bright side: compressed air does the spritzing rather than an environmentally contentious aerosol.

Are chemicals in our environment connected to the rise in non-genetic causes of breast cancer?

For lots of us following environmental toxin news, it seems like a no-brainer, but scientists are still trying to firm up the connections.

A new study by the Silent Spring Institute and Harvard School of Public Health published in the journal Environmental Health Perspectives notes that exposure to chemicals that cause mammary gland tumours in rats is common, but “few studies have evaluated potential breast cancer risks in humans.” In the studies that have been done, researchers found that chems that cause tumours in rats are often associated with breast cancer in women.

The scientists eventually narrowed the list from 216 chems known to cause breast tumours in rodents to 17 common groups of chemicals that should be “top targets for breast cancer prevention.”

The study makes it clear that more research is definitely needed. Silent Spring’s goal was to identify high-priority toxins for further research and biomarkers for these toxins in women.

While scientists continue to learn more about these chemicals, the authors of this latest study say there’s enough information to begin reducing our exposures.

On that note, here’s the Silent Spring Institute’s list of the most effective strategies:

• Avoid fuel and exhaust: Turn the engine off instead of idling. Give up gas-powered mowers and leaf blowers. Walk or take transit when you can. Don’t store gasoline in your home.

• Limit consumption of carcinogens in charred foods and use ventilation fans when cooking.

• Go to perc-free dry cleaners or ask for “wet cleaning.”

• Don’t buy furniture with polyurethane foam, or ask for foam not treated with flame retardants.

• Make sure you’re protected from toxins on the job. Push for good ventilation and protective equipment.

• Reduce exposure to chemicals in household dust by removing shoes at the door, using a vacuum with a HEPA filter and cleaning with wet rags and mops.

• Use a solid carbon block filter for drinking water.

The same week European scientists published evidence that antibacterial triclosan damages human sperm, Minnesota became the first U.S. state to ban the environmental toxin from soaps and cleaners. The ban comes into force in 2017. More cause for celebration: this month Avon announced it would remove triclosan from its products. Procter & Gamble and J&J’s bans kick in over the next year or so. Colgate-Palmolive is removing triclosan from all products except Colgate Total toothpaste. Meanwhile, we’re still waiting for Health Canada to make its final announcement on triclosan’s toxicity.