NOW MagazineNewsGoing down with a sinking ship

Going down with a sinking ship

The CBC can't afford more cuts, but the HarperCons ARE at the helm, so say goodbye to more great CanCon 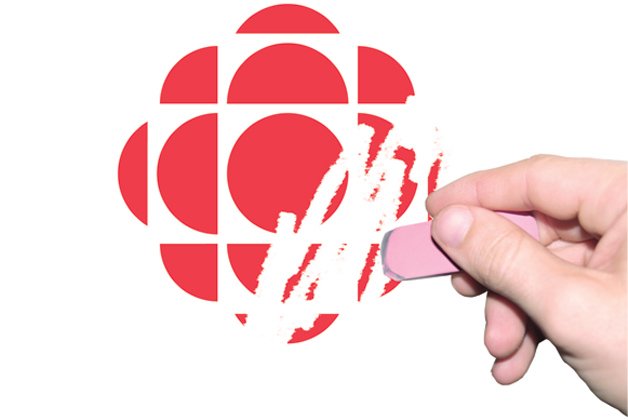 Like many 70-plus Canadians, the CBC has trouble understanding today’s youth. It’s being left behind by changing technology and struggling to maintain its lifestyle on a fixed income that’s been shrinking for the better part of three decades.

Earlier this month, the CBC announced it will slash 675 jobs in the wake of a $130 million budget shortfall. The public broadcaster blames government funding cuts, declining ad sales and the loss of Hockey Night In Canada to Rogers for the layoffs.

The CBC is “underfunded and over-tasked,” says Michael Hennessy, president of the Canadian Media Production Association.

Its annual parliamentary appropriation of $913 million makes the CBC, on a per capita basis, one of the most poorly funded public broadcasters in the Western world. It also faces unique challenges like operating in five time zones and in two official and eight aboriginal languages.

“As long as they have to be everything to everybody” without government support, “they’re just doomed to a slow death,” says Hennessy.

In 2007, a federal government report recommended that the “government of Canada commit to stable, multi-year funding for CBC/Radio-Canada.” The Harper Conservatives not only ignored that advice but actually slashed the broadcaster’s budget.

While Harper has proven he’s no fan of the CBC, to be fair, kicking the corporation in the teeth is a bipartisan tradition that goes back decades to Brian Mulroney, but Jean Chretien did the most damage.

If anything, the fact that parties on both sides of the aisle seem united in their disdain for the CBC proves that the corporation is probably an institution worth saving, says Ian Morrison, spokesperson for the watchdog group Friends of Canadian Broadcasting.

A public broadcaster’s journalism “is one of the important ways of keeping the government accountable, but politicians don’t tend to like criticism,” he says.

According to Morrison, one of the big problems with the CBC is that its board of directors and president are government-appointed.

“There’s a cancer at the top, and that is the political patronage system of its governance,” he says. “It does not ensure that the best and the brightest are there.”

Current CBC president Hubert Lacroix was a corporate lawyer with little experience in broadcasting or managing a large enterprise before his appointment, notes Morrison.

According to former head of CBC English broadcasting Richard Stursberg, who served under Lacroix for two years before he was sacked in 2010, Lacroix is no exception.

“It’s interesting if you look back over all the presidents. I don’t think any of them had a media background,” says Stursberg. “I don’t think most of them had ever run anything bigger than a bath.”

The same goes for most on the board, which is supposed to provide direction for the corporation, he adds. If you have no media background, it’s “hard to make a sensible judgment” about how to run the show, he says.

This is the third time in the last five years that the CBC has been forced to reduce staff – 2,000 positions in all since 2009.

It’s set aside $33.5 million for severance pay to cover the latest layoffs. While that figure sounds substantial, it’s too little to finance buyouts or early retirement incentives. That means the most junior employees – the young ones most comfortable with changing technology – will be the first to go.

It’s a very sad situation, says Marc-Philippe Laurin, president of the CBC branch of the Canadian Media Guild, the union that represents most of the corporation’s employees outside of Quebec.

“They’re losing all their new blood,” he says. “These [people] are the future, and they have to let them go.”

It’s a scenario that’s played out many times at the CBC over three-plus decades of austerity.

Ian Cooper, who spent 37 years at the Corp working mostly in news, says it always seemed like a noose was tightening.

Back in the mid-80s, when CBC Windsor faced the axe, senior staff felt they deserved to take over the jobs “that us young guys had in the newsroom,” says Cooper. Those senior employees launched an action through the union that dragged on for more than a year. People watched their tongues because they didn’t know who their allies were, says Cooper. “It was a stressful time.”

That kind of anxiety resonates throughout the entire organization, says Stursberg.

“The enemy becomes the enemy within,” he says. “The people down the hall” become the competition rather than other media outlets, and the organization becomes “inward-looking” when it should be “outward-looking to be successful.”

While the CBC scrambles to keep jobs, cuts aren’t the only way it’s patching the $130-million hole.

Sports are out plans for a station in London, Ontario, were scrapped newscast mergers were announced in Calgary and Edmonton, Thunder Bay and Sudbury and late-night TV news across the North is gone. Dramas like Arctic Air and Cracked, and cooking shows Best Recipes Ever and In The Kitchen With Stefano Faita have also been chopped.

The problem isn’t just funding. Over the years, while the CBC’s coffers have shrunk, its mandate has expanded. Two years ago, during a Canadian Radio-Television and Telecommunications Commission licensing renewal, the corporation agreed to produce more original programming. However, neither the CRTC nor Parliament provided more money to do that.

Ironically, the loss of HNIC, which seems terrible, is actually a bit of a lifeline, says Morrison.

While hockey was a big draw for ratings and advertising, the expense of purchasing the rights from the NHL didn’t leave a lot of room for profits.

Under the terms of a deal Rogers struck with the CBC, NHL games will continue to be broadcast over CBC’s network, and the CBC doesn’t have to worry about spending millions of dollars to replace hundreds of hours of sports with original prime-time programming, at least for a few years.

Still, the consensus seems to be that on its current trajectory, the CBC is headed for disaster.

“It’s on a knife’s edge right now,” says Laurin. “We’re not talking about cuts to the bone – this is in the marrow, this is now sucking the marrow out of the bone. If that continues, the CBC will be facing a very, very dark time.”

The CBC has some hard decisions to make.