Deadpool isn’t afraid to make its “hero” a jerk 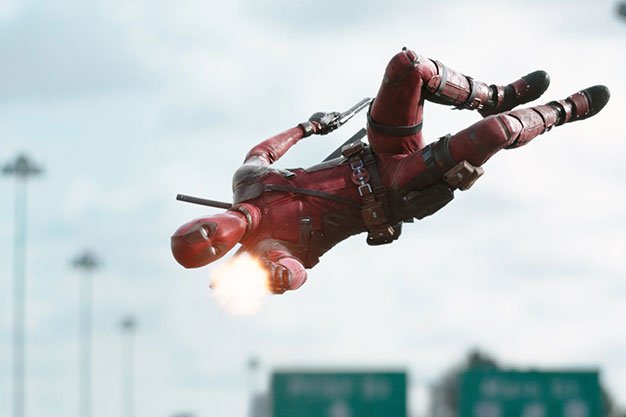 A good-guy soldier of fortune turned super-capable assassin after a shady cancer treatment unlocked his mutant healing abilities (and, whoops, drove him insane), Wade Wilson is beloved by bros who imagine being as deadly as Wolverine and even quippier than Spider-Man.

People feel the same way about Ryan Reynolds, who played a version of Deadpool in a terrible Wolverine prequel seven years ago and has been trying to redeem the character ever since. As apprehensive as I was about the Deadpool solo outing – especially after months of annoying marketing – I’m happy to say this one gets it right, both in terms of the character’s potential and Reynolds’s own comic persona.

Deadpool the movie lets Deadpool the character be his best self: a hyperactive, annoying trickster figure who refuses to take anything seriously (including his own status as the star of a Marvel movie), makes inappropriate dick jokes at pretty much every opportunity and straight-up murders dozens of bad guys over the course of an adventure. He’s not a hero he’s an asshole with flawless comic timing.

And this is why Reynolds is perfectly cast. His ironic self-awareness – packaged for douchebro swagger in movies like Van Wilder and Blade: Trinity – is exactly what Deadpool needs, letting the character stand outside the mayhem he creates and remind us we’re just watching a goofball actor dodge CG bullets in his pyjamas while trading insults with a couple of X-Men (Colossus and Negasonic, nobody expensive).

Reynolds’s facility also allows him to sell the tragic romance between pre-mutation Wilson and his beloved Vanessa (Homeland’s Morena Baccarin), and push the even more tragic post-mutation quest to find the scientist (Ed Skrein) who made him the monster he believes himself to be.

But mostly Reynolds is really funny, joyfully debasing himself and putting everything he has into making this the giddiest, most enjoyable Deadpool movie imaginable. After his misfire in Green Lantern, he knows there’s no point in playing it safe you might as well just go for broke, and have fun doing it. Turns out that’s a pretty good strategy.