The kitchen at Dundas West bar Churchill is changing hands 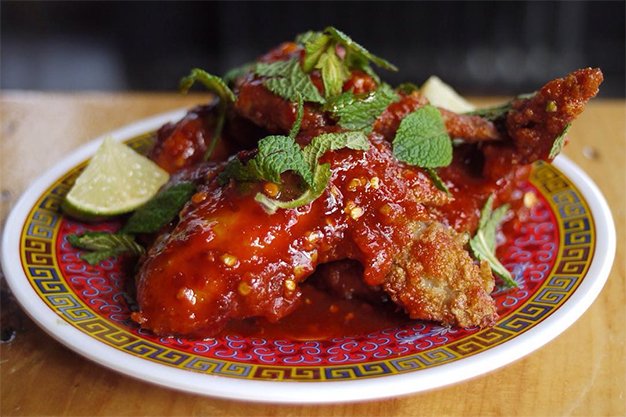 For two straight years, some of Toronto’s best fried chicken was found not in a mom and pop shop, a Southern spot or a grimy fast-food shack, but in the back of a bar on Dundas West. Since opening in 2010, Churchill (1212 Dundas West, at Lakeview, 416-588-4900, facebook.com/ChurchillToronto) has made a habit of loaning out its kitchen to fledgling food companies – most recently, Luther’s Chicken, which has been racking up accolades (including from official NOW Magazine taste testers) for its hot, juicy buttermilk-brined birds.

It looks like the bird has finally flown: Luther’s moved out last month “to create our home and also build into more of the catering and event world”, a statement on their Facebook page reads. If the success of Churchill alumnae Imanishi Japanese Kitchen is any predictor, we can expect reasonably big things.

The new tenants, meanwhile, have already gotten down to business: Almighty Bao set up shop in mid-March. On top of bao stuffed with pork belly and spicy chicken, they’re slinging fun specials like extravagantly-plated fried rice balls and hot dogs sandwiched with potato salad. Chow down Tuesdays through Sunday from 6 to 11 p.m.