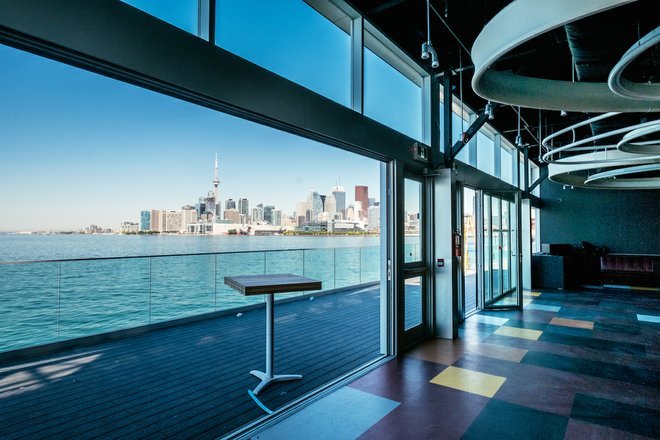 When nightclub mogul Charles Khabouth gave NOW a tour of the Sound Academy renovations in June, he was still sweating over a new name for the once-despised Polson Street venue.

Two months later, it’s official: Toronto’s hottest club is Rebel. This place has everything: four rooms with distinct atmosphere, music and vibes, a 65-foot stage, LED video walls, a grand terrace with views of the skyline, and a central bar with a light installation hung above.

Rebel will mark its grand opening on October 1 after a year-long, $10-million overhaul. In addition to concerts, the 45,000-square-foot space will also host club nights and corporate events.

In December, Khabouth told NOW that the renovations would tackle those aspects of Sound Academy that made the isolated venue so reviled, such as the poor sightlines and shortage of toilets.

The revamped Rebel has three washrooms and three bars on the first floor, improved air conditioning and ventilation, and a heated outdoor area. The renovation also involved raising the roof by nine feet and removing the columns that blocked views of the stage. The second level is now sloped to improve views of the stage.

Although the name change does not take effect until October 1, several concerts are already booked in the venue before and after that date, including Schoolboy Q, Slayer, Action Bronson, Glass Animals, Post Malone, Tory Lanez and Tiësto.

“Rebel is a truly distinctive and transformative nightlife destination, offering guests access into the extraordinary, the unique and the unparalleled,” Charles Khabouth, who is CEO of INK Entertainment, said in a statement. “We look forward to introducing a new luxurious entertainment space with unexpected and dramatic elements of intrigue and opulence that have yet to be seen in a nightclub setting in Canada.”