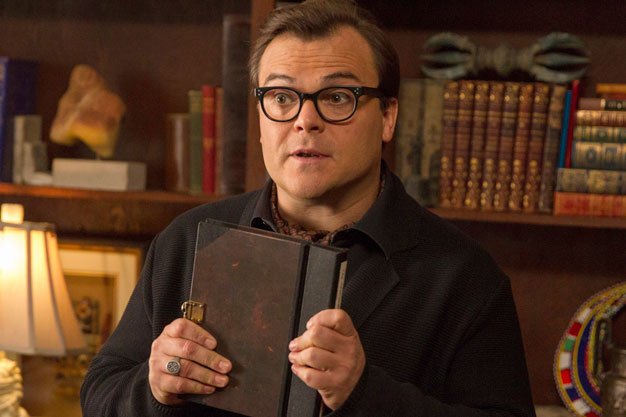 Dylan Minnette plays Zach, a stock teenager who’s exactly the right kind of adorable and bland to guide us through the storybook small town about to be ravaged by monsters. Zach recently moved in and soon enough hears disturbing sounds coming from the house next door. Instead of discovering an R.L. Stine creation lurking in the shadows, he finds the author himself, or rather, Jack Black playing R.L. Stine with an entertaining mix of uptight menace and high-pitched glee.

Stine keeps his manuscripts locked up because they actually contain his creations, so when Zach accidentally cracks them open, a flood of CGI creatures (as well as an invisible boy) bursts off the page.

The subsequent adventure is predictable yet sprinkled with comic pleasures. It all feels like a visit to those kid-friendly haunted houses where brightly coloured ghouls jump out to say “Boo!” – the effect more amusing than scary.