Goosebumps, Are You Afraid Of The Dark and the Canadian kids’ TV boom

Once upon a time, marketing interests, technology and public policy aligned in favour of our local television industry 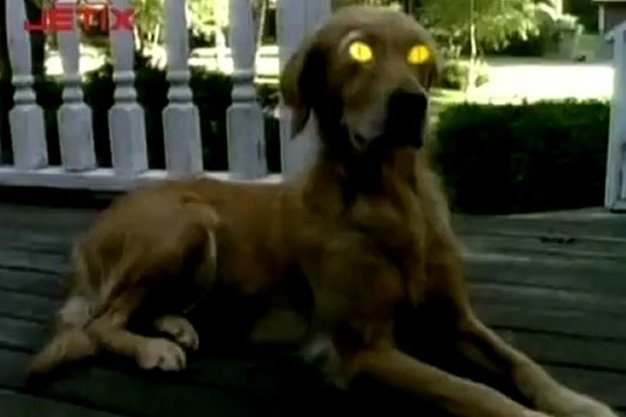 If you grew up in the ‘90s, chances are you read at least one of the 67 books from R.L. Stine’s kidlit series, published between 1992 and 1997. The books reached such an ubiquitous status that publisher Scholastic Books waded into the world of TV production, adapting the stories into a show. As a Canadian/American co-production, being filmed in Toronto and Washington, Goosebumps occupied a really interesting period in Canadian TV history – a brief window where marketing interests, technology and public policy all aligned.

Coinciding with the release of the franchise’s first ever feature-length film starring Jack Black, the TV spookfest Goosebumps is celebrating its 20th anniversary. Premiering in October of 1995 on YTV, the television series aimed to capitalize on the success of its source material and another Canadian/American co-production, Are You Afraid Of The Dark.

Both used a “Twilight Zone for kids” episodic format, with each show following a different group of characters. Are You Afraid Of The Dark did have a cast of recurring characters, but “The Midnight Society,” the child stars of the show who took turns telling its scary stories, was just a plot device used to start and end each episode. This horror anthology format was especially popular on Canadian children’s television during this time and would be repurposed for two other shows, Freaky Stories and Tales From The Cryptkeeper – the kid version of the American horror anthology show, Tales From The Crypt).

Though AYAOTD adapted its stories from the public domain, Goosebumps’ episodes were direct adaptations of the published R.L. Stine novellas. Featuring a different child character each week, the show focused on horrific tales involving hauntings, zombies, or evil ventriloquist dummies, all told with a good sense of humor to balance out the heebie jeebies. With the books as source material, there was a much more significant marketing bent in mind with the TV series. Each episode was not only helping to promote the books, but also the board games, action figures and other spin off merchandise. This kind of marketing to children was becoming the norm at the time, but was still very new, and was only made possible by the domino effect triggered by the repeals of regulations in the United States.

Prior to 1981, regulations in both Canada and the U.S. were in place to prevent the broadcasting of toy commercials operating under the guise of half-hour television shows, but it didn’t take long for those policies to start to slip. Kyle Asquith, a communications professor at the University of Windsor, cites former president Ronald Reagan as a major factor in the deregulation of the television industry, saying that “he helped to repeal some television and broader regulations in the early 1980s, and what that allowed for was what we call today, the program-length commercials.” These free market policies were not just limited to the television industry, as the Reagan era was responsible for widespread deregulation throughout the entire U.S. economy.

In 1981, Reagan appointed Mark S. Fowler (a Canadian expat) to the FCC, who saw to the relaxing of many of the commission’s previously strict policies. The changes weren’t noticeable immediately, but by 1983 cartoons featuring licensed characters like Pac-Man were starting to appear, with G.I. Joe, Transformers, Barbie and Teenage Mutant Ninja Turtles soon to follow. Deregulation didn’t just have an effect on children’s television programming, it also changed the commercials themselves. Once marketing to children on television was perfectly acceptable, cereal companies were able to join the fray. These changes had a dramatic effect on the look of children’s TV, but with more and more interested advertisers on board, it also meant that there was a lot more money to be made.

As these changes took effect, American TV was a stark contrast to what Canadians saw on their own homegrown stations. This discord between Canadian and American TV is what Asquith argues prompted Canada’s own shift away from regulation: “Media transfers across borders quite easily, so someone in Canada watching Saturday morning television on ABC, CBS, NBC or FOX is getting the U.S. signals and seeing those changes. So the U.S. media policy had a pretty profound effect on Canadian children.”

That easy transfer of media across borders also meant that U.S. policy was influencing the Canadian children’s TV industry even before the CRTC relaxed its stance on marketing to children. The changes to the south were presenting more profitable opportunities for production studios that they weren’t able to explore at home. Licensed properties presented an option for studios looking for safer, and ultimately more successful, avenues for storytelling.

In the early 80s, Toronto-based animation studio Nelvana wasn’t a big name. Though they’d had a lucky break in the late 70s thanks to George Lucas commissioning a Star Wars short animation that would be featured in his Wookiee-heavy Star Wars Christmas Special, they weren’t able to capitalize on that success, following it with the feature-length film Rock & Rule, which was never actually released in North America. It wasn’t until they started working with American Greetings on cartoons of their licensed properties that things turned around for the studio. With Strawberry Shortcake, followed by the immensely popular Care Bears, Nelvana was able to assert itself as one of the top animation studios in North America, and used that success to create their own signature productions, like Inspector Gadget. This new way of business between Canada and the U.S. wasn’t limited to the world of animation, though it definitely reared its head there first.

Despite the burgeoning amount of cultural production happening at home, the Canadian government found in 1983 that 85 per cent of television being watched by Canadians was imported. That influx of American content over Canadian borders has been a concern throughout our country’s history that has taken on many names, from protectionism to cultural sovereignty. Whatever you want to call it, the government responded in two ways. Ottawa created the Broadcast Film Development Fund to increase Canadian television production, with an emphasis on children’s shows, drama and variety in the hopes that more homegrown content would be broadcast on Canadian television. The fund was administered by the Canadian Film Development Company, which was then renamed to Telefilm Canada. Telefilm would not only fund television productions, but it would also work to enable co-productions between Canadian and international filmmakers.

That same year, pay-TV was first introduced in Canada via cable companies, which meant that for a fee, TV owners could subscribe to have more channels at their disposal. A children-focused network called YTV (Youth Television) was being packaged in with other specialty channels for many Canadians within five years of that decision, and was eventually included with basic cable.

All of those factors, combined with a low Canadian dollar, add up to the cultural climate that spawned Are You Afraid Of The Dark. The show premiered in 1991 and was one of the first major live action children’s shows to be co-produced between Canada and Nickelodeon in the U.S., the network that carried AYAOTD had been importing Canadian-made shows in its early days like Special Delivery, Science International and most notably, You Can’t Do That On Television. But it was Night Heat, a live action adult-oriented drama co-produced between CTV and CBS that proved early on how successful co-productions could be in both markets.

On YTV, even though AYAOTD ended its seven-season run two years after Goosebumps started, the two were often programmed back to back and became marquees of YTV’s “Keep It Weird” branding. Goosebumps’ debut episode in the U.S. garnered 14 million viewers, and by 1996, was one of the highest-rated children’s shows in both Canada and the U.S. At the end of 1998, Cinar, the production company behind AYAOTD was reporting $151 million in revenues and YTV was boasting that 64 per cent of its programming was Canadian-produced. The success of Goosebumps opened the doors for other Scholastic-produced adaptations like Animorphs, but the opportunity for more shows in their style was short-lived.

By the late 90s, the landscape of children’s television and marketing was changing dramatically again, with the advent of the internet, PVRs and the proliferation of other channels forcing the value of a 30-second ad to plummet, and therefore, the operating budgets of networks. Asquith says that this shift forced YTV to find “various ways to integrate ads into the programming more so than just selling individual isolated 30-second spots. There was the sense of trying to sell advertisers on not just media buys, but other promotional tie-ins that are kind of co-marketed.” By 1998, YTV was partnering outright with toy companies like Hasbro on such co-marketing ventures to expand the breadth of their marketing capabilities online, on-air and through live events.

While Goosebumps and Animorphs anticipated a much more integrated approach to marketing to children, as dramas, they were also expensive to produce. As Christine Quail noted recently in the Canadian Journal of Communication, the late 90s and early 00s marked a shift toward reality TV programming, a format that is much more cost effective and allows domestic production companies to license shows that have already proven their success internationally. YTV would dabble in the world of reality TV with The Next Star and The Adrenaline Project,  but the model for licensing shows from across the globe was not limited to the reality format. With English-language dubs of shows like Pokemon, Digimon and Dragonball Z having first tested the waters in the North American markets in the late 90s, soon animation studios like Nelvana were following suit with their own English dubs including Medabots, Bakugan, Beyblade, and Cardcaptor Sakura.

Corporate integration changed things too, with the Toronto-based Corus Entertainment seemingly acquiring every children-focused media company in the country, including YTV (in 1999), animation studio Nelvana (in 2000), and YTV sister-station Teletoon (a share in 2000, full ownership by 2013). The effect of corporate integration shrunk the market, giving the corporations the buying power to create more specialty channels, which fragmented the market as well. YTV is no longer the only kid on the block. In addition to operating Treehouse and Teletoon, Corus also licenses Canadian-versions of Americans channels like Nickelodeon and Disney.

Looking back, Goosebumps existed at a very transitional period in the Canadian television industry’s history and owes its existence to this rocky time. It seemed like things were simpler then, but that might just be the nostalgia talking. Repealed regulations opened a floodgate of corporate interest that took YTV’s demographic seriously for the first time, undoubtedly allowing the network and the industry itself to find their footing. That same interest has forced producers to amalgamate, and changed the business into the marketing machine it is now. Goosebumps was more than just a commercial for a book series, but it collapsed marketing and storytelling in a way that foretold the direction of  the Canadian television industry for years to come.