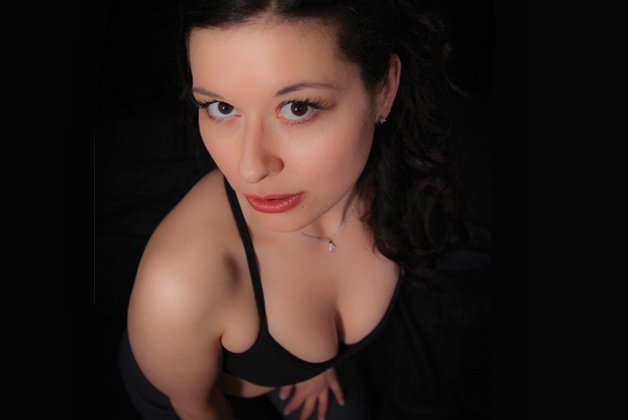 Whereas the Parliament of Canada has grave concerns about the exploitation that is inherent in prostitution and the risks of violence posed to those who engage in it.

The phrase above is the first paragraph in the preamble of Bill C-36, The Protection Of Communities And Exploited Persons Act, the Conservative government’s new legal framework for the sex work industry. It jibes with the idea that pros-titution is, in toto, an exploitative activity.

Karl Marx wrote in Economic And Philosophic Manuscripts Of 1844 that “Prostitution is only a specific expression of the general prostitution of the labourer…,” suggesting that all paid work is a form of prostitution. Friedrich Engels in Socialism: Utopian And Scientific wrote, “Marriage itself remained, as before, the le-gally recognized form, the official cloak of prostitution.”

A Canadian government technical paper on Bill C-36 states, “Entry into prostitution and remaining in it are both influenced by a variety of socio-economic factors, such as poverty, youth, lack of education, child sexual abuse and other forms of child abuse, and drug addiction.”

Yes, there are women, and men, who engage in sex work who are not in the industry voluntarily, who are being kept in it by a pimp or a “boyfriend,” who have suffered abuse as children and who have been trafficked. It is, absolutely, our duty as a society to try to protect these people. But not all of those working in the sex work industry fit that characterization.

Sophia Kiss is a lithe redhead with porcelain skin and striking features. She is articulate and soft-spoken. She has been working as an escort for five years. She made the decision on her own to enter the business and sought out another working escort to mentor her on how to approach it. She gets tested regularly for sexually transmitted infections and pays taxes. The Canada Revenue Agency has a classification, 812990, for escorts. Prior to entering into the sex work industry, Kiss did different jobs, including bookkeeping and accounting.

“I do enjoy what I do. It’s fun. I get to meet interesting people,” she says.

When the Supreme Court declared this country’s prostitution laws unconstitutional, the justices’ primary concern was that the existing laws denied those working in the sex industry their constitutionally protected right to security of the person.

By restricting how they communicated with potential customers and barring them from working indoors and from hiring security personnel, the court ruled that prostitutes were being put into an unnecessarily dangerous position. The court said that while prostitution is in itself a somewhat risky job, the government could not make it more risky.

Ms. Emily Marie greets you on her website with a radiant smile, her long, auburn hair framing high cheekbones and bright eyes. She is college-educated and was employed as a licensed practical nurse before becoming an escort four years ago, working out of her Victoria condominium. She wants to continue working as an escort for as long as she can. “It has given me the freedom and courage to do some things I had only dreamt about,” she says.

While Bill C-36 addresses some of the Supreme Court’s concerns by allowing sex workers to work indoors and hire security, it prohibits prostitutes from communicating with potential clients anywhere persons under 18 are likely to gather. This includes places like schoolyards and community centres. Even at 2 in the morning, when people under 18 wouldn’t reasonably be expected to be near a schoolyard, the ban on communication will be enforced, according to a Justice Department official.

While C-36 bans third-party advertising, sex workers will still be permitted to advertise their own services on their own websites. But even this freedom may be compromised. Websites must be hosted on a server that is connected to the internet. That hosting is typically done by a third-party hosting company. According to an official with the Justice Department, the web-hosting company may be subject to prosecution if it does not take reasonable steps to ensure that the content of the website meets the requirements of the bill. Hosting companies are unlikely to want to take on that risk or responsibility, so will in all probability decline to host websites for escort services, effectively making the ban on advertising absolute.

These limitations on communication and advertising are likely to be challenged when the new law comes into effect. The ban on advertising will have the effect of undoing the ability to work indoors by forcing sex workers onto the street to find clients. The limitations on places of communication will further push them into back alleys and other inherently more dangerous areas, which runs counter to the requirements laid out in the Supreme Court decision.

Bill C-36 is patterned after the so-called Nordic approach first enacted in Sweden and other Scandinavian countries such as Norway and Iceland. Under this model, the selling of sexual services is legal, but the purchase of those services is not. The model does not work. Prostitution still goes on in these countries.

Opponents of legalized prostitution, point to trafficking of women for the purposes of forcing them to work in the sex industry. However, whether increased trafficking numbers in Germany and elsewhere are the result of an actual increase or of greater investigation of trafficking is unclear. The Justice Department official I talked to admits, “I don’t know that anybody is ever going to be able to say definitively it’s one or the other.”

The government says it considered other alternatives, but how seriously? It seems clear that the long-range goal of eliminating prostitution was determinative from the beginning.

Countries like New Zealand have adopted more progressive laws. Prostitution has been legal there since 2003, and is licensed and regulated.

Why couldn’t we take a more mature approach that requires licensing and “in-call” locations to be subject to inspection by municipal health department officials, much like restaurants and tattoo parlours?

Sex workers, agencies and brothels would be required to keep a record of customer contact information so, in the event that a sexually transmitted infection (STI) were detected, customers could be contacted to receive health checks and treatment.

“I would really appreciate that, actually,” says Kiss. “There have been no laws about screening, and there should be.”

A more progressive legal framework would give police the time to concentrate their efforts on finding and prosecuting those who do truly exploit and traffic in humans for sex.

Jade made her decision about the sex services she provides after careful research and consultation with doctors. She fully understands the risks and receives regular health checks. “I have a very high sex drive. It’s a way to fulfill my needs and my fantasies and make a decent living,” she says. Jade has a registered entertainment company under which she operates her business.

Oren Amitay, a registered psychologist and instructor in human sexuality practising in Toronto, says it is certainly possible for women and men to go into sex work voluntarily and to enjoy what they do.

“They feel empowered by their sexuality. They’re not afraid of sex they see it as a means of commerce. They actually enjoy sex,” he says. “Even in 2014, some people still have a hard time wrapping their heads around that, particularly when it comes to women – [the idea] that they may actually enjoy pleasing other people, [that] they genuinely enjoy knowing they’re giving someone else great sexual pleasure.”

Whereas the Parliament of Canada recognizes the social harm caused by the objectification of the human body and the commodification of sexual activity….

The above passage is the second paragraph in the preamble to Bill C-36. This statement builds on the false-hood of the first paragraph and in itself may render the bill unworkable. The Supreme Court has ruled in other cases that the government cannot legislate morality.

In R. v. Butler, a 1992 case dealing with obscene material, the Supreme Court ruled, “Harm in this context means that it predisposes persons to act in an anti-social manner, in other words, a manner which society for-mal-ly recognizes as incompatible with its proper functioning….”

This means that, in order to be criminalized, an activity must be truly harmful to the whole of society, interfering with the way society needs to function. Murder, assault and theft are examples of such activities.

But the wording used in the preamble to Bill C-36 seems to indicate that the government is legislating based on its own specific sense of morality.

A recent Ipsos-Reid poll commissioned by the government and used in the process of crafting its new law showed that only 51.2 per cent of respondents felt the purchase of sex should be illegal. Can a truly definitive harm be claimed on the basis of that statistic? And can a legitimate claim to societal harm be shown when not all those working in the industry fit into the trope posited by those who are opposed to legalization and regulation?

In a brief to the Standing Committee on Justice and Human Rights, noted sex work researcher John Lowman of Simon Fraser University’s School of Criminology writes, “Prohibitionists selectively assemble evidence to suit their political agenda, ignoring anything that contradicts it. In the process, they ignore, distort or misread key evidence.”

He goes on to say, “Ultimately, the people who will suffer most if Parliament passes Bill C-36 are the ones prohibition always victimizes: survival sex workers who cannot find an alternative way to make a living, and the sex workers who do not want to find an alternative, preferring to take advantage of their sexual capital rather than working long hours for mediocre wages.”

It is our duty as a society to protect and assist those who are being exploited and victimized. There are better ways to do that than Bill C-36, a priggish strategy based on false assumptions and a slanted morality.

Robert Fisher is a commercial photographer and freelance writer based in Oshawa.