Kendrick Lamar was great and inspiring, and. 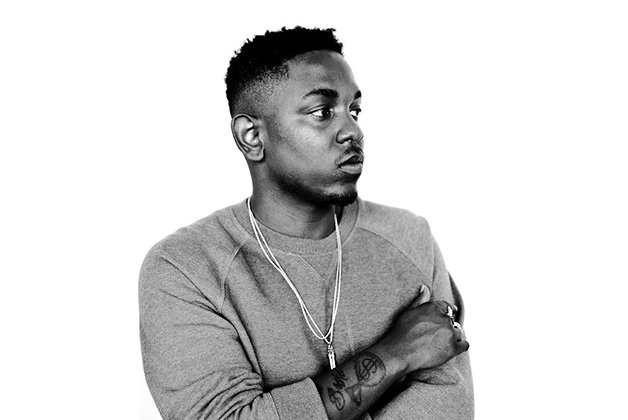 Kendrick Lamar was great and inspiring, and Stevie Wonder made a necessary nod to accessibility awareness, but virtually everything else at the 2016 Grammys was some kind of derivative knock-off, truncated grab bag medley or ass-kissing back pat. Here are some key moments from the show.

Kicking off the night, Taylor Swift stared deeply into every camera, working the people watching the show at home more than she did the arena she was in. It was a typically earnest, glossy, emotionally manipulative showing for the prom queen of pop, who opted not to address Kanye West or his new song Famous, which made headlines a few days ago for the lyric “I feel like me and Taylor might still have sex / Why? I made that bitch famous.”

Until she finally did exactly that in accepting her award for album of the year, drawing attention to the mindless lyric by subtly yet pointedly speaking to women about the sexism they should expect to face in the music industry.

Perpetual Grammys host LL Cool J licked his lips a lot and pandered for applause by talking about how magical music is to a group who clearly think music is just fine. It’d be nice if someone else hosted this thing at some point.

After thanking family, friends and collaborators, Lamar concluded his victory speech for best rap album by reverentially paying respect to figures like Ice Cube, Snoop Dogg and Nas and hip-hop itself. Later, Lamar demonstrated why he is (a) god. Every TV appearance he makes is a revelation and, with its mix of prison and African diapsoric imagery, great staging and wondrous camera work and direction, his To Pimp A Butterfly Grammys medley was the highlight performance of the night.

After a week of hip-hop fans trying to negotiate a deal between West’s talent and egocentric, public nervous breakdown/bizarro album promo cycle, Lamar’s focus and altruistic righteousness was a balm for lovers of the genre.

According to stats I’ve personally complied, Denver Broncos’ Super Bowl MVP Von Miller was in New York to appear on Saturday Night Live, in Toronto Sunday for the NBA All-Star Game and then Los Angeles on Monday to introduce a performance at the Grammys. Meanwhile, Cam Newton hasn’t been seen or spoken to anyone in over a week.

Clad in a tux, Toronto’s own the Weeknd performed about 90 seconds of I Can’t Feel My Face in a lit-up box before stepping out for a 21st-century hotel lounge treatment of In The Night, with a cellist and pianist. While the performance wasn’t glitzy, if you closed your eyes, you could hear some semblance of Michael Jackson’s majesty within it.

The MusicCares person of the year was Lionel Richie. John Legend, Demi Lovato, Luke Bryan, Meghan Trainor and Tyrese all sang snippets of his biggest hits (Lovato stood out from the pack) before the man himself brought the room, including a totally into it Foo Fighters, to its feet for a short take of All Night Long.

Literally everyone who performed at the Grammys got a standing ovation (except Justin Bieber with Skrillex and Diplo) but Stevie Wonder truly deserved it for his stunning collab with barbershop beatboxers Pentatonix to pay tribute to Maurice White of Earth, Wind and Fire.

Then Wonder charmingly worked in a point about accessibility awareness that was real, striking and necessary.

The surviving members of the Eagles reconvened to salute the recently deceased Glenn Frey with friend and collaborator Jackson Browne filling in on Take It Easy, a song he half-wrote before Frey completed it for an Eagles hit. Even though the band is comically reviled and revolting in many ways, the performance was undeniably moving – the historical weight of their friendships was palpable.

The Grammys beamed in an intense performance from weirdly compelling Broadway hit Hamilton, a hip-hop musical about U.S. founding father Alexander Hamilton. The single song was as overwrought as some critics have suggested the whole show is and I kind of hated it, but my wife decided to Wikipedia Alexander Hamilton and then would not stop sharing factoids about him (dude died in a duel!), so thanks, Grammys.

Adele’s performance was strained and awkward, utilizing her de facto quiet-loud-quiet dynamic (she’s like the adult-contemporary Pixies), which was marred by strange sound issues and a phantom, off-time acoustic guitar that sounded suspiciously similar to Justin Bieber’s sunburst Gibson, which he played when he followed her as the next performer. Did his warm up strumming end up in Adele’s mix? Does the Biebs taint everything he touches? Yes. Yes, he does. [Editor’s note: according to Adele, the piano mics had fallen onto the piano strings during her set, hence the out-of-tuneness. “Shit happens,” she tweeted.]

Lady Gaga’s ambitious, vaguely Andrea Martin-on-SCTV-esque tribute to David Bowie’s ever-evolving sound and vision was appropriately bat-shit insane, as she and a band helmed by Nile Rodgers performed a medley of hits. She’s characterized as a Madonna-be but, as she moved from one song to another in outrageous outfits, bolstered by colourful animation and film work, it was clear that few other artists capture Bowie’s restless, driving spirit as a performer (not a songwriter) and constant need to jettison one persona for another than theatre camp all-star/human cartoon Lady Gaga.

Hollywood Vampires, though. Featuring members of Guns ‘N’ Roses and Aerosmith alongside Johnny Depp and Alice Cooper, the band check-marked every box in the douchebag rocker’s fashion playbook. Shitty hats, bandanas, vests, jewelry – what a fucking eyesore. And the original song they played was horrid Sunset Strip cock rock, complete with Depp channelling Val Kilmer’s Jim Morrison for a poetry breakdown, challenging Grammy records for white-man pretentiousness. That this collection of assholes then paid tribute to Lemmy of Motörhead by playing Ace Of Spades was gross.

Bruno Mars started yelling “Let’s do it, Beyoncé!” before she even announced that he and Mark Ronson justifiably won record of the year for Uptown Funk. The omnipresent single owes everything to James Brown and George Clinton, whom Ronson rightly name-checked.

For an award show, the Grammys continue to overstuff its telecast with mostly unmemorable performances, doling out the majority of trophies at non-televised events during the weekend. It’s a shame its producers don’t realize that the most buzzed-about moments really are the outspoken, emotional speeches by musicians who aren’t just thanking their respective “teams” but using the platform to address universal issues that resonate with them personally.

Instead of cutting people off mid-speech (or worse, before they’ve even begun to say anything) to appease advertisers who finance the bloated bullshit show with commercials, the Grammys should let people talk. Some of us think musicians have a lot to say.