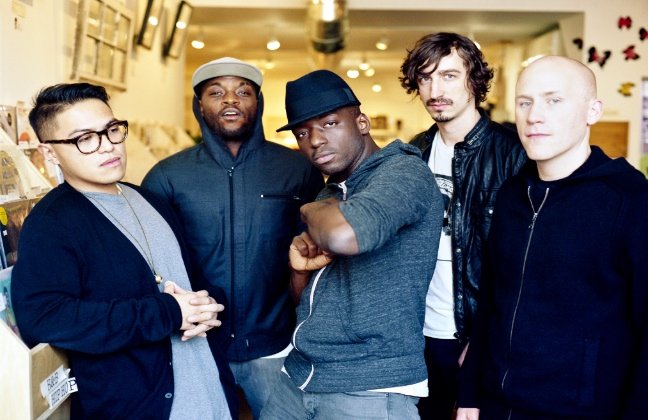 You get the feeling that Shad, the semi-mysterious, Polaris-loved, Juno-winning emcee from London, Ontario, doesn’t make appearances for anyone. So when he surprised the audience by joining Grand Analog onstage at the Drake Underground near the end of the hip-hop band’s Modern Thunder album-release show on Tuesday, it felt special. A great artist jumping in the ring with a group of other great artists for The Great Rhyme Dropper and Electric City, collaborations from 2013 and 2009, respectively. It was all smiles and high-energy and, indeed, great rhyme dropping.

So, a fitting end to an energetic show from engaging frontman Odario Williams and the rest of his Grand Analog band – including his brother Ofield, who joins them as DJ on special occasions such as this one, newlywed drummer TJ Garcia and Catalist on the keys – as they played a balanced mix of songs from Modern Thunder and old favourites like Around This Town. Special shout-out to Warren Bray whose bass playing is as instrumental to the group’s overall sound onstage as it is on the record. Odario, for all his warmth and charisma, is also a perfectionist, starting the band over partway through a song more than once. But, it didn’t dampen the spirits of the casual, young crowd who danced in front of the stage.

The best moments were when the guest brass section of Max Stanutz on trumpet and sax player Aubrey McGhee filled out the Grand Analog sound – Williams & co. should almost consider making them permanent additions.