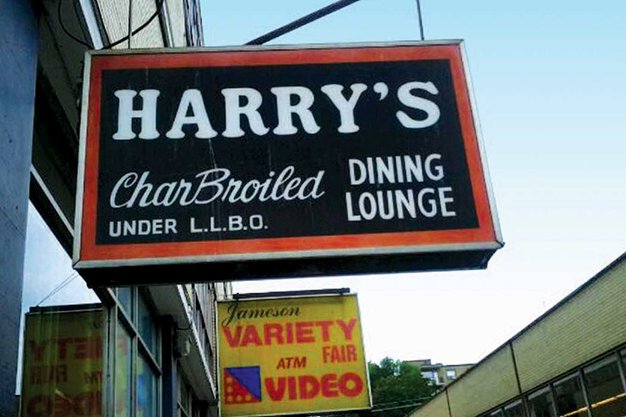 The chefs and owners behind Bar Raval and Bar Isabel are picking up where the original owners of Parkdale diner Harry's left off.

Grant Van Gameren is already synonymous with College thanks to bars Isabel and Raval, but it looks like the chef and his circle of collaborators are moving in on Parkdale in a big way. This spring, we reported the chef is converting the former Salvador Darling to a new cocktail bar concept called Prettyugly.

Now, he’ll have a hand revitalizing beloved local diner Harry’s Char Broil & Dining Lounge, which shut its doors earlier this spring when the family behind the restaurant retired after 48 years in business.

“I worked at Bar Isabel for about three and a half years, which I loved, but I was always infatuated with diners and diner culture,” says ex-Isabel chef Nate Young, who will be the chef at the new spot, with support from Van Gameren and his Raval co-partners Robin Goodfellow. “I used to live just across the street from Harry’s. I would come here for breakfast. It’s so amazing – it’s got the perfect worn-in feel.”

When the original owners were looking to sell the business, Young says, the group approached them. “They were very particular about who they were going to sell it to,” he recalls. But they promised to maintain the integrity of the diner, and were soon handed the keys.

Young’s menu is up in the air, but the chef says they’ll be taking some cues from the original diner. “It should still be familiar, still be approachable,” Young says. “We’re focusing a lot on the burger We’re trying to focus on the flavour, the texture – keeping it simple, instead of having some gimmicky burger nobody wants to eat.”

True to the original Harry’s menu, they’ll be doing breakfast, lunch and dinner.

Currently, the team is hiring kitchen staff. Look for the new-and-improved Harry’s to open in early September.