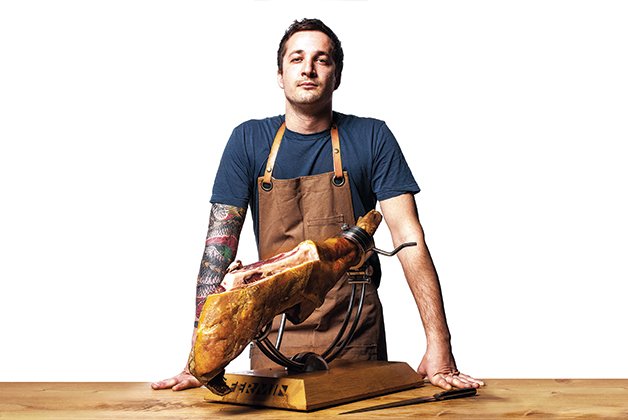 Not content to coast on the blockbuster success of Bar Raval, his pintxos-centric spot on College, chef Grant Van Gameren is hard at work expanding his empire. Toronto diners have spent the past several weeks watching for his new mescal bar, El Rey, to open in Kensington Market – but it looks like Van Gameren has yet another project in the works.

“I tell you, the name game for naming bars and restaurants – it took us like 20 days of a million different text messages back and forth,” Van Gameren said. “For some reason, Pretty Ugly just stuck.”

In contrast to more food-centric spots like Raval and Bar Isabel, Van Gameren says Pretty Ugly, which will occupy the former home of Salvador Darling (1237 Queen West), will be a straight-up cocktail bar.

“There’s gonna be a very small few couple dishes prepared by the bartenders. There’s no kitchen there,” he told Caplansky. “Mike and Robin and Evelyn – they’re just bringing it back to the way cocktails should be made. We’ve go this big, blocked ice, they’re going to be juicing all their citrus to order. It’s gonna be very low-key. We’re going to try to keep prices down, because obviously, cocktail prices are climbing. It’ll be a little bit of a party bar. … I’ve done so many restaurants and been a part of so many restaurants that it’s really nice to do a cocktail bar that’s not serious about the food.”

Meanwhile, work on El Rey is continuing apace, with opening date currently about a month away.

Listen to the full interview below: