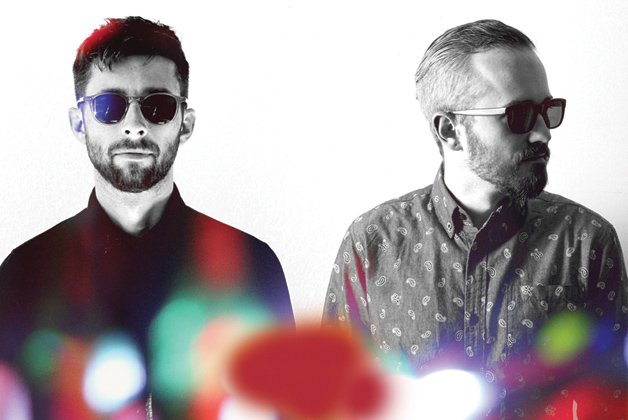 Graze’s Christian Andersen has found an awkward solution to the WiFi issues that keep interrupting my Skype conference call interview with him and his Berlin-based artistic partner, Adam Marshall.

Internet communication is pretty standard for Graze, at least since Andersen relocated back to Toronto after forming the electronic music duo with Marshall in 2012 when both lived in Berlin. While the pairing was initially inspired by their shared desire to perform live, their recorded work has depended greatly on email.

“Even when we’re in the same room we tend to work independently,” Andersen admits, laughing.

“For us, things go quicker than working on stuff with the other person there,” Marshall explains. “I think with someone else in the same room, it’s a little harder to take chances and try crazy stuff.”

That eagerness to experiment is a big part of why Graze’s 2013 debut, Edges, was so well received. Blending Andersen’s background in drum ‘n’ bass and dubstep with Marshall’s roots in minimal techno, Graze make dance-floor tunes that transcend the often restrictive sub-genres of electronic music. Their upcoming unnamed follow-up promises to expand their brand even further.

“We’re drawing from a much more diverse set of influences on the new album, and it’s a lot more eclectic than our previous releases,” Andersen says.

“You can hear a lot more early Toronto rave influences on it,” adds Marshall.

While both artists are eager to cite the impact of Toronto’s underground dance music history on their sound, it seems unlikely that Marshall will move his New Kanada label back home. While he misses the cultural diversity and the food, one big factor is keeping him in Berlin.

“I don’t think it’s a money or support issue that causes people to leave Toronto, and it’s certainly not an artistic thing, because there is tons of stuff happening,” he says.

“But it is hard to grow when there isn’t a good variety of venues to perform in and hone things, or for the community to grow around.”