A punk band gets trapped by white supremacists in this tense, merciless and bloody pic 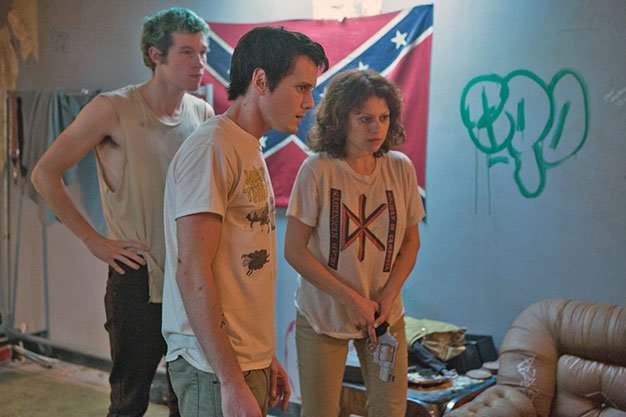 Jeremy Saulnier, writer/director of Blue Ruin, transitions from revenge picture to siege movie with Green Room, and does so in his own distinctive style.

The film takes place primarily in an isolated Oregon club, where a punk band becomes trapped in the eponymous lounge after walking in on something terrible.

The movie is tense, merciless and incredibly bloody: Saulnier’s characters are resourceful but not superhuman, and very much aware of that.

Genre fans will appreciate the craft and intelligence with which Saulnier’s assembled his movie – when they’re not digging their nails into their thighs.