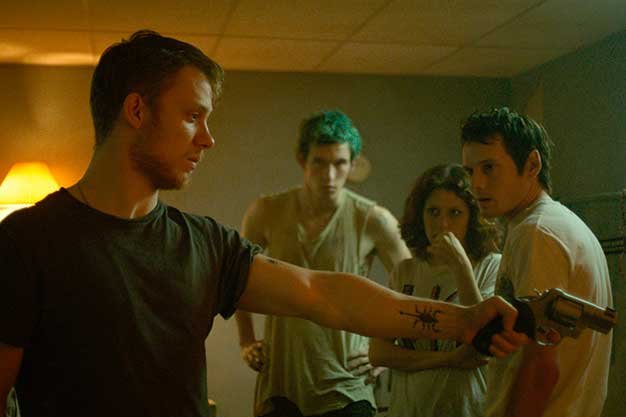 For this year’s Midnight Madness opener, Blue Ruin writer/director Saulnier transitions from revenge -picture to siege movie – in his own distinctive style, of course.

Green Room takes place primarily in an isolated Oregon club, where a punk band gets trapped in the eponymous lounge after walking in on something terrible. The movie is tense, merciless and very, very bloody. Saulnier’s characters are resourceful but not superhuman, and very much aware of that.

It’s also beautifully cast, reuniting Anton Yelchin and Imogen Poots from the Fright Night remake but stripping them of their comfortable chemistry, and finding plum roles for Alia Shawkat, Mark Webber, Eric Edelstein, Patrick Stewart and Blue Ruin’s Macon Blair. (Ten bucks says the dog trainer’s name is Saulnier’s shout-out to The Thing – and god bless him for that.)