If you must dye your hair, do it in healthy ways 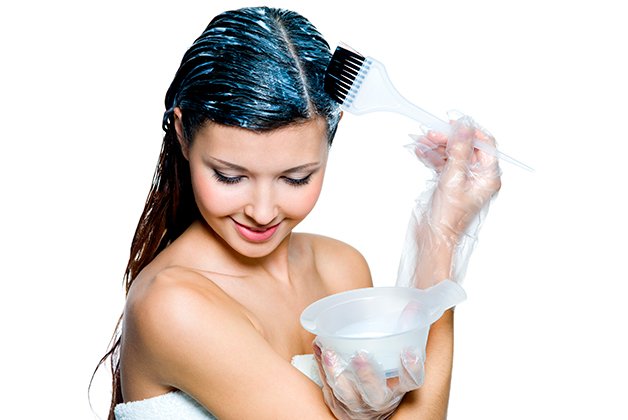 I’m 42 and have a thick mane of grey hair. I dyed it until a few years ago, so I’m not sure exactly when it went entirely grey, but probably by my mid- 30s. I let it grow in because I got sick of dying it and a little freaked out by a friend’s sudden horrible allergic reaction to the same dye she’d been using for years.

Also, it looks really cool. I look like a superhero.

I’ve wondered, though, if there was something in my life that made my hair go prematurely grey. It’s most likely hereditary, but we’ve all heard that stress can turn hair grey.

I suspect being fully grey at my age isn’t quite as rare as people think. A lot of silver foxes are hiding behind dye.

If you’re going the colour route, are some options safer and easier? Studies of personal hair dye use and cancer risk have had mixed results. If you’re terribly concerned, why not ditch the dye altogether?

“Chemical hair dyes are more alkaline and damaging to your hair. Natural dyes are more acidic. They coat the hair, adding body, and are less damaging.

Brunettes with some grey can use henna, but blonds with some grey shouldn’t. Some vitamins protect hair colour: biotin, folic acid, vitamin B5 and paba. They’re part of the B complex, so take a B vitamin supplement.

To keep grey hair shiny and healthy, brunettes can use a nettle tea rinse, and blonds a camomile rinse. Wash your hair, condition, steep a very strong tea and pour it over your hair. Don’t rinse it out, and style as usual.”

“My lab work has shown that age-related greying is caused by a gradual decrease and eventual complete absence of melanocyte stem cells, which are pigment cells.

Why are they being depleted? A study in Japan showed that the loss of melanocyte stem cells is related to DNA damage. There are many different kinds of DNA damage, and it’s plausible that stress responses may be involved in some of those mechanisms.

Oxidative stress is one type that produces DNA damage, leading to the premature loss of melanocyte cells. The researchers were not looking at psychological stress, but it [could be] associated with oxidative damage.”

“White hair has no melanin – the pigment that gives hair colour – and grey has a small amount. While aging is the most common cause of grey hair, it’s not the only one.

Whether you stop producing melanin is based on genetics, so if you’ve noticed early grey hairs, your parents likely started to grey early, too.

Studies have shown that if you’re young and have grey hair, it could be due to a lack of B vitamins in your diet.

Non-permanent touch-up wands, pens and powders work well to conceal grey. They’re less harsh on hair and safer than permanent dying. All chemical processes reduce hair’s elasticity and can increase the chances of breakage, so take proper steps to hydrate and care for your hair afterwards.”

“If no one in the U.S. coloured their hair, more than half of men and women would be grey.

That stat reminds us how much greying continues to be viewed as unappealing. In spite of the cost and time – and ever-increasing number of people over 50 – colouring your hair is viewed as an important part of grooming. We associate greying with loss of vitality and youth, a visible reminder that we are heading toward the end of life.

A woman’s value for thousands of years was connected to her ability to attract a mate. Our roles have expanded over the past few decades, but women are probably hard-wired to fear that greying means a loss of value.

For men, greying is associated with loss of power and virility, but because [aging men] have historically been associated with wisdom, greying frightens them less. But that, too, is changing as youth becomes increasingly important.”

Freewill Astrology: Weekly horoscope for May 26, 2022

Dear Virgo: The cosmic rhythms will support you if you make a fun and earnest effort to cultivate liberation through.

Savage Love: Use your words for these quickies

This week, Dan braves an all-out mutiny by his tech devices to answer his Instagram followers' quick questions