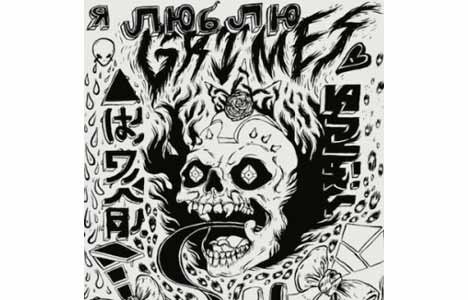 Given the exceptional strength of so many female-fronted electronic underground pop acts at the moment, it must be a tough time to be an old-school rock guitar guy. They’re getting left behind, and no amount of Foo Fighter Grammys is going to change that. Even worse for them, Montreal’s Grimes just raised the bar even further with her richly textured and inventive new album (the third in just two years).

Based purely on her gender, nationality, vocal abilities and instrumentation, Grimes will likely get some comparisons to Austra, but while they’d make a good double-bill, their sounds are actually miles apart. Whereas Austra channels opera influences into new wave dance grooves, Grimes feels more like a skilled teen-pop singer remixed by an experimental ambient producer. And while Visions is unmistakably 2012 sonically in its references to R&B and hip-hop, it also fits remarkably gracefully into 4AD’s impressive back catalogue of dream pop – you can picture Cocteau Twins touring with her back in their heyday.