Classical music and community outreach come together with positive results 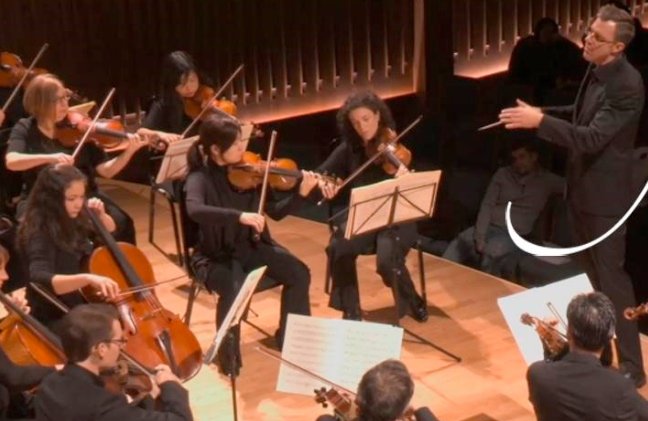 There are a lot of reasons to champion Toronto’s all-star experimental chamber orchestra Group of 27. Composed of musicians from the TSO, the Canadian Opera Company and soloists from across Canada, the group puts fresh spins on challenging masterworks and regularly presents and commissions new music. They also provide young students at the Dixon Hall Music School and the Regent Park School of Music with top-tier instruction and, for many, their first opportunity to play as part of an orchestra.

The students were the highlight of Friday’s pwyc concert. Half a dozen took the stage just after intermission to join in on the first movement of Mozart’s Symphony No.8 In D Major, performing confidently alongside their mentors. Spirited conductor Eric Paetkau also led them through an amusing Q&A period related to the concert’s Austrian-Canadian theme. (“Name an Austrian food.” “Apple strudel!” “Name a Canadian food.” “Bread!”)

Earlier, timpanist Ed Reifel, who has recorded with Owen Pallett and co-founded the Correction Line Ensemble with Christine Fellows and the Weakerthans’ John Samson, impressed during the evocative Concerto Grosso For Four Timpani, Obbligato Trumpet And String Orchestra by Maya Badian, who was clearly and endearingly overjoyed by the performance when she came onstage to take a bow.

The premiere of Aaron Gervais’s Concerto For Mozart Piano Videos, meanwhile, featured keyboardist Gregory Oh using a sampler to trigger in real-time video projections of random people on YouTube playing Mozart. The G27 played an atmospheric, Debussy-like motif overtop. The effect was unique, unsettling, a bit repetitive and often funny: one YouTube clip featured a shirtless, pudgy man playing the piano in near darkness with his back to us.