More and more brewers are collaborating with other brewmeisters, bars and artists to create uniquely delicious beers 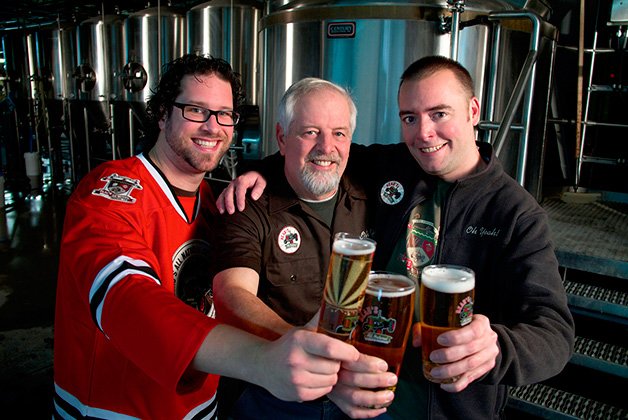 With Toronto in the midst of a bona fide beer boom, public demand for unique local brews has never been stronger. The province is home to almost 200 craft breweries taking a passionate stand against bland, soulless beer – and two (or three) sets of hands are often better than one.

Over the past few years, the creative minds and skilled hands within the craft community have joined forces to produce some of Ontario’s most innovative and memorable beers yet. But while the ultimate goal may be a pint of something special, the benefits of collaborative brewing extend far beyond consumer satisfaction.

Founder Steve Beauchesne and brewmaster Matt O’Hara of Beau’s All Natural Brewing Co. outside Ottawa have done a number of high-profile collaborations since Beau’s launched seven years ago this past Canada Day.

Their initial partnership was with the fabled Dutch De Koningshoeven (aka La Trappe), one of eight producing Trappist breweries worldwide, an experience that paved the way for future projects. Since then, Team Beau’s has worked with world-class indie breweries like Quebec’s Trou du Diable, Seattle’s Elysian and Anders Kissmeyer of Denmark’s Nørrebro Bryghus.

Their first collab with Kissmeyer was a complex Abbey Tripel called Venskab (the Danish word for friendship), bottled testament to the personal relationships that spark and sustain the craft beer world. (Beau’s second beer with Kissmeyer, a Nordic pale ale, is currently available at the LCBO).

Collaborations, just like beer-focused festivals and events, help galvanize the local community and give brewers the chance to network and share information with peers further afield.

Beau’s B-Side label (which includes the Nordic PA) champions small international breweries by making and distributing their product locally, something that the combination of shallow pockets and provincial red tape would otherwise prevent. Think of it as full-disclosure contract brewing for a noble cause.

Supporting community and cultivating creativity are the purpose of brewing together, it seems.

“I really like the social aspect of collaboration, the chance to travel to another brewer’s base or play host here,” says O’Hara. “To me, a good brew buddy is someone who wants to share knowledge, likes creative input and enjoys camaraderie.” 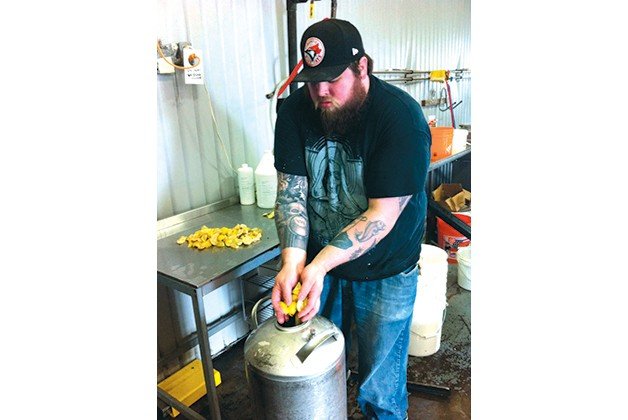 Besides allowing brewers to do what they love with like-minded pals and pros, joint projects are generally limited releases brewed in small batches, which ups their viability and opens opportunities to experiment.

“As much as collaborating is an excuse to hang out and have some fun, quite often it’s also an excuse to try something new without the usual amount of pressure,” says Beauchesne, who launched Beau’s with his father, Tim.

Iain McOustra, brewmaster at Toronto’s Amsterdam, and Mike Lackey, brewmaster at Etobicoke’s Great Lakes Brewery (which just won its second consecutive Canadian Brewery of the Year award), make experimental one-offs together often. Their second large-scale brew, Ezra, a tart and funky farmhouse ale with brett (Brettanomyces yeast) aged in local cider barrels from Spirit Tree, was just released by the LCBO. Barrel-aged beers have been trending for a while, but Ezra is the first to use local cider casks.

“I have a lot of respect for [Lackey] as a brewer. He’s certainly not afraid of trying new techniques and styles,” says McOustra. “I think we have a lot of similarities, but we have different levels of experience and different palates as well.”

McOustra adds that collaborations breed fresh perspectives, enabling brewers to bounce ideas off each other and churn out truly unique, quality product.

Speaking of new angles, not all brew unions happen between the established heads of award-winning breweries.

Rob Pingitore, owner of Bar Hop, had little brewing experience when he opened his popular King West beer bar two summers ago. Matt Bod, Bar Hop’s knowledgeable bartender, had tinkered with some “no good” homebrew batches, but that was about it.

They’ve since collaborated with some of the city’s best, from Great Lakes and Amsterdam to popular brew pubs Bellwoods and Indie Ale House, putting Bar Hop on the map for its high-turnover list of exclusive and one-off taps. (They took last year’s best draught list honours at Ontario’s Golden Tap Awards).

“It makes us more real in a way,” Pingitore says of Bar Hop’s collaborative ventures. “We want to be involved to show we’re more than tap jockeys.”

“It’s a great learning experience as well,” Bod adds. “At the end of the day, it’s [the brewers’] expertise that enables us to turn an idea into reality.”

“These are incredibly inspired non-professional brewers. The enthusiasm and excitement they bring to a project is phenomenal,” says Beauchesne. “Working with home brewers forces [professionals] to remember that the easiest way isn’t always the best.”

The challenges of collaborating aren’t limited to scaling issues and finicky ingredients. Beau’s has also worked with famous Canadians like Tom Green and Margaret Atwood – who have zero brewing experience.

What’s most important in those cases, Beauchesne stresses, is the preservation of authenticity. The Tom Green milk stout took a year from inception to completion.

MaddAddamites Noo Broo, the just-released summer gruit (a mixture of bitter herbs) inspired by the foraging references in Atwood’s MaddAddam trilogy, was an involved process that began with brewing and tasting herbal teas and tinctures from Atwood’s home garden and ended with the Canadian icon herself writing the tasting notes on the back of the bottle.

The breadth of vision, dedication and hard fucking work that goes into our local collaborations – and craft brewing on a macro scale – are astounding. And it’s all for the love of great beer.

“I think this is a reaction to years of boring beers with boring names,” Pingitore muses. “With these creatively named crazy beers we want to break the mould and create something that’s our own.”