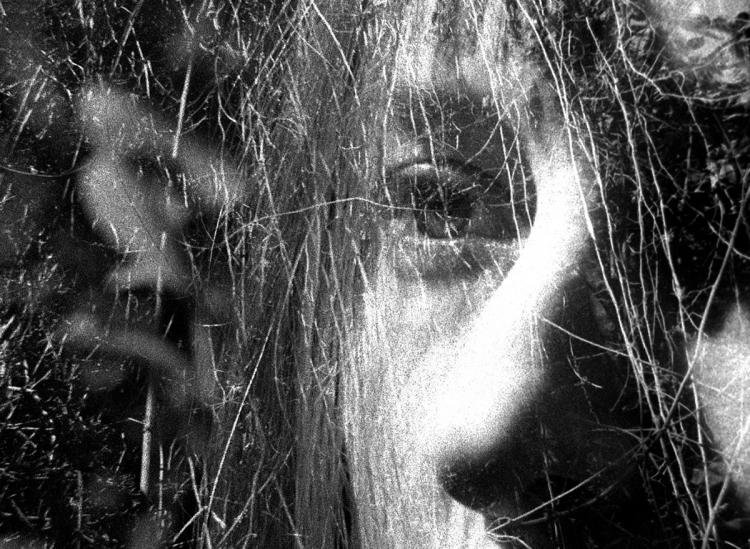 At the Great Hall, Harris sat to the left of the screen, at a table of gear lit only by a tiny LED lamp, while Clipson operated his projector from the balcony. Neither’s presence was really felt, save for the halfway point at which Clipson had to change reels.

Though the title suggests the performance would instil a passive osmosis in the audience, the film’s non-narrative approach demanded more, building meaning through the juxtaposition of Clipson’s images and Harris’s sounds in a kind of poetry. As someone who was there for a musical performance as much as for the film, I found it difficult at times to focus on both with the kind of attentiveness I would’ve liked. Clipson’s film required so much on its own that Harris’s work sometimes passed by unnoticed, perhaps making her the hypnotist in all of this, using her sounds to prime our brains for the images flashing before us.

Similar films, like Koyaanisqatsi, which pit images of nature against industry, can be heavy-handed in their use of score to direct an audience’s emotions and interpretations – not here, since the film and Harris’s composition for it were created separately. Instead, they complement each other in waves, with Harris’s live sounds augmenting Clipson’s more rhythmic and frenetic cuts from one shot to the next in unpredictable and satisfying ways.

The connections Clipson’s film draws between “the West coast, the worker, the city and the street” weren’t always clear, but just as the light from outside the Great Hall was piercing through the blackout curtains covering its windows, Clipson’s playful use of light gave each frame its character.

A shot of a luminous bead of water on a green leaf cut to a black hole punctuating a similar looking leaf a shot of a running woman’s profile, her features distinct from the landscape, cut to another shot from a different angle, backlighting the woman and thereby fusing her shadow with the horizon in the distance.

The shifting balance between Harris’s sounds and Clipson’s visuals worked similarly to the composition of light and dark in each frame, providing a wealth of texture and depth to the performance.