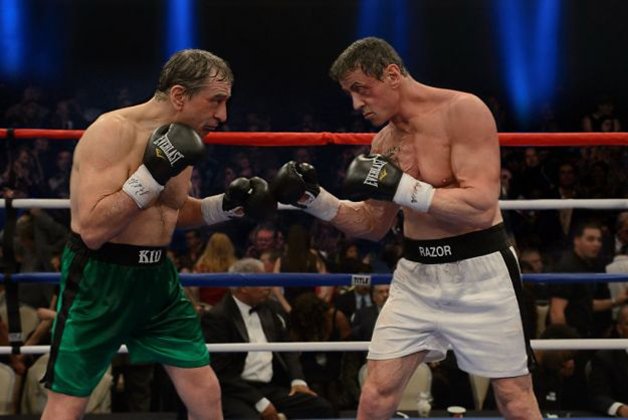 Grudge Match pits Sylvester Stallone against Robert De Niro with a Rocky vs. Raging Bull angle that no one thought they cared to see.

The last of Stallone’s late-career matchups had him go head to head with Arnold Schwarzenegger in Escape Plan, which made a whole lot of sense since their careers and fan base were nearly identical. Pitting Stallone against De Niro, you instantly realize that they aren’t in the same weight class, not just physically but as actors. They aren’t even playing the same sport.

Boxing foes Razor Sharp (Stallone) and Kid McDonnen (De Niro) have some saggy personal drama between them, which despite the latter’s efforts never really feels convincing. With enough provocation, they’re coerced back into the ring to settle the score, after their fists have calcified for 30 years.

While Stallone and De Niro have no difficulty proving they can still muster a decent right hook, it’s the punch lines they have some trouble landing – though the Rocky riffs should amuse.

That leaves Arkin and Hart to do most of the comic heavy lifting. But given how familiar their material is, most of the jokes are as predictable as a jab thrown in 1983.