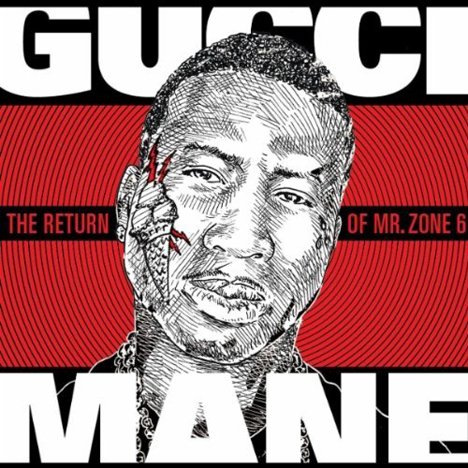 After calling in production heavyweights Swizz Beatz and the Neptunes for his previous major-label albums, Atlanta rapper Gucci Mane keeps it hardcore on a new one produced mostly by long-time collaborator Drumma Boy and featuring guest spots by his 1017 Brick Squad group.

The result encapsulates the quick and dirty energy that’s made the prolific Atlanta MC into a cult gangsta-rap icon: lo-fi synths, skittery club beats and his off-key warble that recalls Biz Markie. Gucci’s head-down focus on honing his signature sound is admirable, but the monosyllabic stuntin’ gets old fast, and flashes of lyrical or melodic invention are scant. Disappointing coming from a man with an ice cream cone face tattoo.

The highlights are the humorous and heartfelt: the syncopated flow on This Is What I Do, the ridiculously fun chorus on Pancakes, and the gravelly lovelorn lament Better Baby.