GUTS DOES THE INTERNET at Geary Lane (360 Geary), September 30. Tickets $10-$25 on Eventbrite.When Cynthia Spring was growing up. 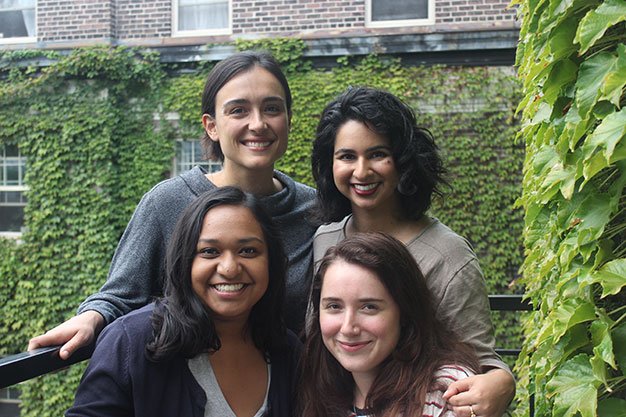 When Cynthia Spring was growing up in Huntsville, Ont., she didnt know much about feminism. In fact, as a teenager in the early 2000s, she thought that using a label like feminist to describe herself seemed outdated.

My sisters were both feminists and I was a really big fan of PJ Harvey and Ani DiFranco and all those typically feminist musicians, she recalls with a laugh. But it was something I sort of identified with but didnt talk about much because it wasnt that cool, I guess.

Once Spring started reading feminist theory and thinking more about gender while at Edmonton’s University of Alberta, her opinion changed. I realized that calling myself a feminist was a powerful thing to say.

So in 2013, Spring and her classmate Nadine Adelaar founded GUTS, and when they both relocated to Toronto, they brought the online Canadian feminist magazine with them. Their website publishes a themed issue biannually the next one, focused on love, comes out in November as well as blog posts on a weekly basis.

We try to include a variety of voices, and our blog provides feminist perspectives on current issues or interesting projects across Canada, Spring explains, adding that contributors range from 18 to 50 years of age.

Canada is a colonial state with very specific issues in terms of land and the history behind that. We really wanted GUTS to address Canadian issues and how they tie into feminism, Spring says. Also, a local focus on how different ideologies of oppression affect feminized people in Canada was not necessarily being addressed on other feminist blogs.

While the status of women in Canada has improved over decades, there is still so much work to be done. Our current prime minister might be a proud feminist bringing gender parity to his cabinet but feminism means so much more than womens rights and providing leadership opportunities for women in the workplace.

Spring argues that the feminist movement today embodies a far more inclusionary group than cisgender women, and their collective concerns are focused on fighting for rights for all people who face oppression.

In terms of our generation, were prioritizing the inclusion of people who have historically been excluded from feminism, including non-binary and trans people, she says. Were questioning and critiquing tendencies within feminism and acknowledging how cis-patriarchy affects all feminized people.

On Friday, GUTS is organizing a fundraising party to celebrate Torontos young feminist community and help support the magazine. The event at Geary Lane includes a networking opportunity and feminist zine fair, raffle prizes, art, a photo booth and a DJd dance party.

The venue is accessible and there are two bathrooms that are gender inclusive, Spring mentions. Mostly, the money we raise will help us pay our contributors.

GUTS is one of several Toronto-based feminist projects going on in what Spring calls a lively, exciting community. She lists Shameless, a magazine for young women and trans youth Drunk Feminist Films, a collective that offers comedic critiques of gender representations in Hollywood movies and Feminist Art Conference, an annual event that focuses on feminist issues through art, as some examples. Still, Spring says theres always room for more voices.

We live in a time when oppressive systems like white supremacy, colonialism, cis-patriarchy and ableism are shaping our lives daily whether its at home, at work or on the street. The work of articulating and resisting these systems needs to continue, she says. Thats why these projects still exist and why were still out there writing pieces and contributing to the conversation.