Fond and foggy memories: legendary club that hosted some of the city's hottest acts and parties is closing its doors in the new year 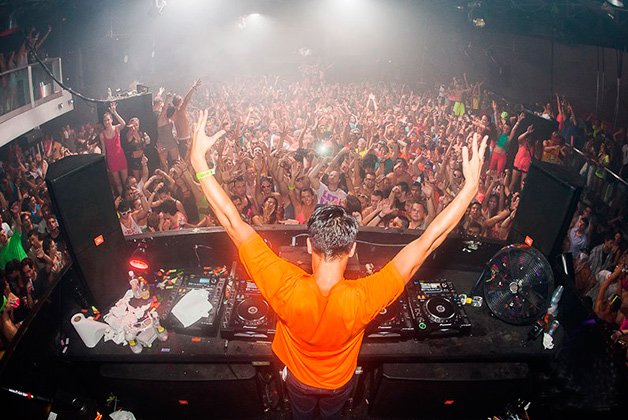 “The lease was up, unfortunately,” says INK Entertainment founder and CEO Charles Khabouth. “We tried to buy it, but we couldn’t cut a deal. It was way too much for that type of business.”

Khabouth says the Daniels Corporation made the purchase and is planning to build a “condo haven.” Calls made to Daniels were not returned.

Aside from having two of the most annoyingly spelled names in Toronto nightlife (and that’s saying something for a city with a club called Muzik), the Guvernment/Kool Haus complex has been a staples of our live music and nightlife scenes since 1996.

But it is definitely the only club I knew about when I moved here in 2003. And as anyone who’s lived here for any number of years can testify, the two venues have hosted more than their share of the city’s best concerts and parties.

I have fond and foggy memories of seeing DJs such as Sharam and Dubfire and Steve Aoki at the Guvernment (and staying until 7 am), and some of my favourite concerts went down at the Kool Haus (Ziggy Marley, Lauryn Hill, Puff Daddy).

“I’m more sad than anybody else, because I’ve seen so much and so much has happened over the years,” says Khabouth. “We’ve seen so many artists grow from the ground up, whether it was Justin Bieber or Lady Gaga. Deadmau5 – one of his first gigs was there. He used to play the little room with 200 people.”

INK Entertainment will continue to host concerts at Tattoo Rock Parlour and Sound Academy the latter will get a makeover.

“We’re going to make sure it’s the next hottest spot,” says Khabouth.

Changes will include improvements to sound, sight lines, lighting and balconies.

But not to worry. INK hasn’t given up on a new massive party space to replace Guvernment.

Says Khabouth: “We have a plan for something much, much larger – like double the size [of Guvernment]. We’re committed to sticking by the scene, and we’re committed to continuing what we do best, and that is live shows and electronic dance music.”

The club will be downtown, but that’s the only location detail Khabouth will divulge, because “we’re just going through all the legal stuff. The space is absolutely massive. It will take at least three years [before we open].”

In the meantime, the Guvernment and Kool Haus will operate as usual until January, and Khabouth promises massive parties leading up to its last hurrah.