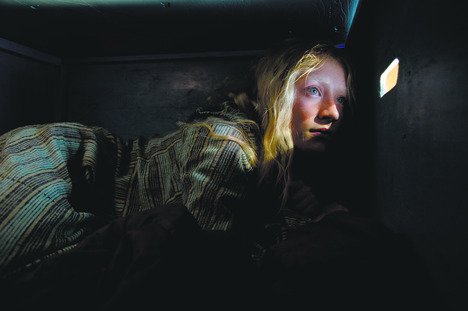 Every A-list female actor wants to play the villain. Think of Sigourney Weaver in Working Girl, or Meryl Streep in The Manchurian Candidate. Cate Blanchett gets her chance as Marissa, a deliciously vicious spy operative orchestrating the pursuit of Hanna (Saoirse Ronan), rogue agent Eric Bana’s daughter, who, after disappearing as a baby, resurfaces as a highly trained teen with a mission to assassinate the big, bad meanie.

Blanchett almost steals the movie, but Ronan has enough charisma to hold her own as the strangely dispassionate killer avenging the death of her mother.

The movie’s rife with plot inconsistencies. For example, the brilliant young assassin carelessly gives away information to the family who take her in while she’s on the run.

But thanks to the spectacular action sequences (the film is gorgeously shot), the story streaks along at breakneck speed. Pretty damn entertaining.