With the sizzling Little One, Canada's most in-demand playwright returns to the festival that launched her career. 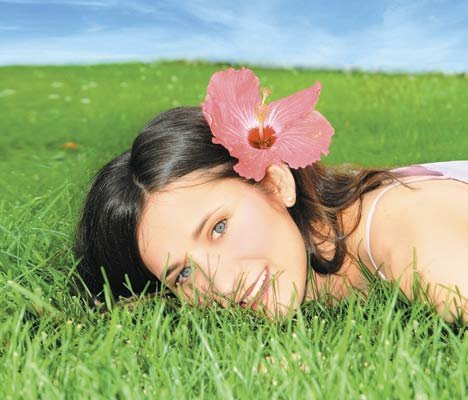 Hannah Moscovitch has shown up early for our interview, and when I spot her in the NOW Lounge she’s busy tapping away at her MacBook.

“I lug it around everywhere,” she says, politely snapping the computer shut after shaking my hand.

“Sometimes, but mostly I want it on here,” she says, touching the white case protectively. “Safer.”

Backed up on an external hard drive?

“Oh, yes, backed up… neurotically,” she says with a giggle.

Type A behaviour like this is about what I’d expect from Canada’s most in-demand playwright. That little laptop contains multitudes.

Besides her big-buzz SummerWorks show, Little One, Moscovitch has half a dozen commissioned scripts at various stages of completion. (A spreadsheet on her computer tells her when she should be working on what.)

Everyone from indie companies Volcano and Halifax’s 2b theatre to the larger Prairie Theatre Exchange, Tarragon and, south of the border, the tony Manhattan Theatre Club wants a new Moscovitch play in their season.

She also just found out she’s adapting Ann-Marie MacDonald’s beloved novel Fall On Your Knees for the National Arts Centre.

“That one’s pretty cool,” she admits. “I said to them, ‘You know I’ve never adapted anything before, right? I don’t know how to do this!’ Even with Manhattan Theatre Club I spent a lot of time trying to talk them out of the commission. I want to make sure they’re sure they want me to do it.”

Humility or false modesty? Moscovitch’s clear blue eyes – which have the same spacey, not-quite-of-this-world quality as actor Zooey Deschanel’s – are hard to read. But her soft-spoken demeanour (at times I have to move closer to hear what she’s saying) seems genuine. As do her choice words.

“I think you always feel like you want to puke and die,” she says when I ask if she’s more confident now, having a number of hit plays behind her. Not what you’d expect of someone who’s been dubbed the country’s next great playwright.

Little One marks her return to the festival that launched her career with back-to-back hits Essay (2005) and The Russian Play (2006), both of which later received multiple remounts.

“No question – I couldn’t have been a playwright if not for SummerWorks,” she says. “I wanted to write, and there was almost no other way of doing it.”

The two-hander looks at the relationship between adopted siblings Aaron (Joe Cobden) and Claire (Michelle Monteith), who recount a life-changing moment in their childhood. It touches on mental illness, mail-order brides and taboo sexuality.

Unlike many of her scripts, there’s a bit of autobiography in here. It’s set in Ottawa, where Moscovitch grew up, and was inspired by the real-life story of a friend of her family who adopted a troubled girl.

She did a lot of research into how psychopathy or extreme trauma manifests itself in children. Deciding how much to reveal about the character’s background, however, proved a challenge.

“I had an idea [of Claire’s history], and we flirted with making it more explicit, but that kept wrecking it,” she explains. “Any time you’re trying to shape something that has any ambiguity, you’re working to see where the line is.”

Moscovitch is used to successfully negotiating that line – between tragedy and comedy, or good and questionable taste. In East Of Berlin, she gave voice to the irreverent son of a Nazi war criminal in Essay, written when she was a student at U of T and working part-time at an upscale Toronto restaurant, she dealt head-on with rampant sexism and political correctness.

“I want to claw my way toward audiences,” she says, lowering her head and pawing the table like a big cat sneaking up on its prey.

“I want to ask the audience questions. I get excited by the idea of a character being forced to confront a hostile audience. There’s something so fascinating about watching those dynamics play out.”

“Dinner conversations included questions like ‘Can you be a Christian and a feminist?'” she laughs.

Her new plays tackle some compelling subjects. The Children’s Republic, a co-production between Tarragon and the Harold Green Jewish Theatre, focuses on the life and work of Janusz Korczak, the Polish-Jewish physician and advocate of children’s rights, who died in a Nazi death camp. Her play for 2b theatre concerns Dr. Marie Stopes, who dispensed frank advice about birth control to women from the colonies in 1920s London, England. Moscovitch read a book of Stopes’s letters while she was a student at the National Theatre School.

“I’d never read anything before where women in the 1920s talked so vulgarly about sex, infanticide and their husbands’ sexual proclivities.”

Given the government’s recent rescinding of SummerWorks’ Heritage grant, plays that push buttons – politically or sexually – may be putting their authors and others at some risk. Is she concerned?

“It’s terrifying that there’s a threat hanging over more political work,” says Moscovitch. “I keep seeing ‘left-wing’ and ‘artist’ used interchangeably, and there’s all this talk about ‘handouts to artists’ and ‘welfare for artists.’

“There’s this implication that we don’t work for what we get, which is so not true. I’m getting a little Michael Moore about it. I’d love someone to switch places with me for one week. Please, just live my life, with my spreadsheets, and see if I don’t work hard.”

Moscovitch on growing up in politically-correct Ottawa:

On getting turned down initially by the National Theatre School, and how that motivated her:

On working as a waiter in a swank downtown Toronto restaurant:

On using SummerWorks to workshop shows:

On losing playwrights to TV and film (and why good TV can be bad news for theatre):