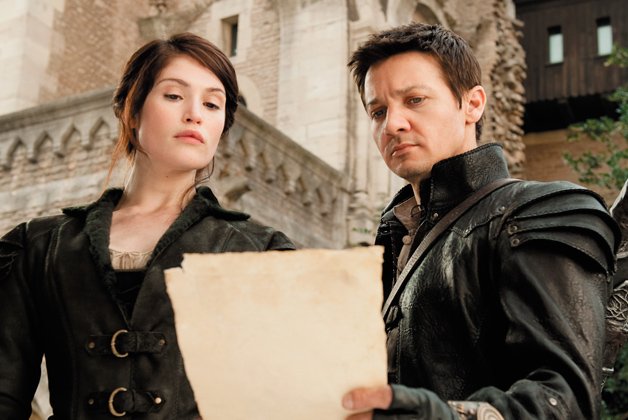 Hansel & Gretel: Witch Hunters was never going to be a classic for the ages, but there are enough flashes of weird, idiosyncratic inspiration peeking through this silly, messy, studio-recut fantasy adventure to make me wish we could see the movie writer/director Tommy Wirkola had in mind.

Set in a never-was Europe where a certain brother and sister survived their childhood incarceration in a candy house to dedicate themselves to a lifetime of monster-hunting, the film opens with the promising idea that the grown-up siblings – played by Jeremy Renner and Gemma Arterton – are world-weary, foul-mouthed media celebrities wandering from one small town to the next, cruising on their fame.

It’s the same gag that drove Terry Gilliam’s Brothers Grimm movie, except those guys were frauds – and it’s easy to see how this project ended up at Will Ferrell and Adam McKay’s production company. It has the makings of a great, trippy comedy – and one gets the sense that Renner and Arterton played it that way on the set. Certainly, Renner’s tough-guy turn is a tad knowingly preeny, and Arterton goes so far over the top in her first scene – swearing, swaggering, head-butting poor Peter Stormare – that she’s practically winking at the audience.

A shame, then, that Witch Hunters loses interest in its characters as soon as they’re introduced, speeding so heedlessly through a series of fights and chases that it’s almost as if huge chunks of the story – which pits Hansel and Gretel against the schemes of a child-snatching harpy (Famke Janssen) – were yanked out in post-production.

Oh, wait, that’s exactly what happened, which is why the movie runs a scant 88 minutes and feels like its own highlights reel. (The IMAX 3D presentation didn’t do much for the smash-cut action scenes either.) Director Wirkola may not be a master filmmaker – his biggest credit to date is the dopey but entertaining zombie-Nazi import Dead Snow – but this sort of incoherence comes straight out of distributor desperation.