In a city where so much fun is regulated, pot-smoking lounges cautiously test legal limits 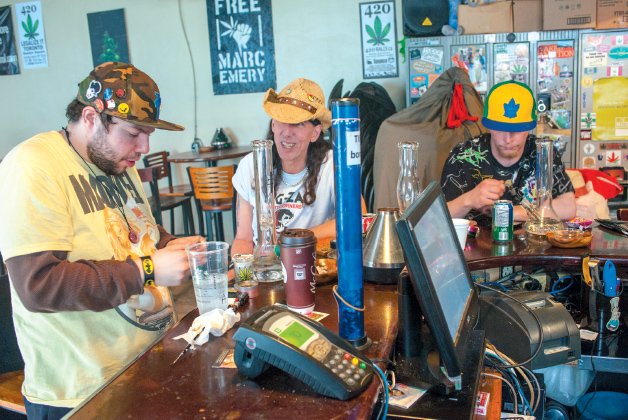 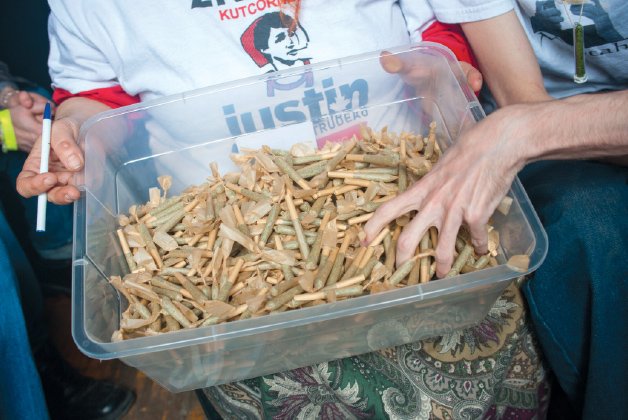 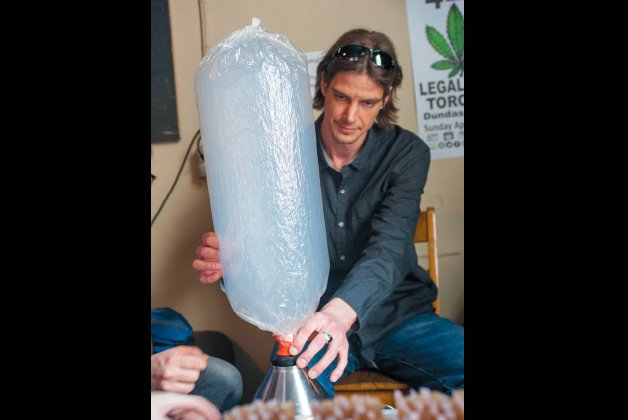 The visiting Australian soul singer is astonished as I try to explain the concept of the so-called vapour lounges that have sprouted up all over town in recent years.

His shock is a reminder of just how much things have changed since 2003, when the Hot Box Café first tested the waters by allowing stoners to spark up on its back patio in Kensington Market.

Even as the federal government continues to tinker with medical marijuana regulations, the door has been opened wide enough for at least eight pot-friendly cafés to operate openly in Toronto the Good.

So it’s easy to forget that Colorado-style recreational legalization is still depressingly far away. When I ask a friend if he wants to come with me to explore the local vapour lounge scene, I’m reminded that we’re definitely still living in the prohibition era, even if it is the tail end.

Luckily, my dad is a little less paranoid, thanks to his impending medical use licence. Plus, it seems more wholesome to check out the pot bar scene with my 64-year-old parent as my chaperone.

As we climb the stairs to Vapor Central on a weekday afternoon, it’s seedier than I anticipated. You can definitely tell you’re on Yonge Street. A turnstile blocks our path, and the guy taking our $5 cover rattles off the list of rules like a drill sergeant.

“No tobacco, no blunts, no minors, no dealing, no mooching and absolutely no substances other than cannabis products!” he declares.

After trading my ID for a plastic balloon and mouthpiece to use with the tabletop vaporizers, we settle in and assess the vibe.

Enjoying weed is one thing, but few smokers get behind stoner culture as a whole. As you might imagine, at 4 pm on a weekday in a vapour lounge, there are a few dudes who seem like they live in their sweatpants. Nevertheless, once your eyes get used to the haze, it’s obvious that there’s a pretty wide mix of people here, not just the expected stereotypes.

It feels a lot like being in a bar, except that any bar that’s this busy in the afternoon would be a lot rowdier. But here, even the clientele who are a bit rough around the edges are behaving themselves, and the mood is far more chill than at the typical sports pub. It feels strange to be getting stoned inside a legitimate business, but I could get used to this if only they’d turn those TVs to something more fun than random cable channels.

As I approach the front desk to introduce myself to the owners, I bump into Damian Abraham, vocalist for Toronto punk rock heroes Fucked Up and host of The Wedge on MuchMusic. We chat a bit about the potential to use these spaces as alternative venues, and he gives me some tips on other spots to check out.

“Dude! Next time we do an interview we should do it here!”

In 2012, city council decided to look at the issue of weed-friendly cafés with a view to banning the places. Considering the way Toronto approaches nightlife, it’s surprising that no crackdown ensued.

According to Vapor Central co-owner Erin Goodwin, the only reason it became an issue is that a vapour lounge opened across the street from Etobicoke-Lakeshore councillor Mark Grimes’s office. The councillor was not in a hurry to return a phone call from NOW inquiring about that theory.

City staff later confirm that it was Grimes who took the issue to council, but the review seems to have fizzled.

Some pot activists have long advocated that the city adopt Amsterdam’s practice and allow taxable weed sales in pot lounges. The model adopted by Denver has led to some pretty impressive revenues.

I’m sure many vapour lounges would love to sell weed, but at the moment they need to steer clear of the tricky transaction side of the business. And city staff want to be sure they’re off the hook in terms of safety and community impact.

It’s the job of the police to enforce pot possession laws, and since the courts are favouring medical marijuana rights in all their recent decisions, there’s not a lot of incentive for the city to jump into a battle with vapour lounges.

Also, since their clients are less disruptive than loud drunks spilling out of bars, there are no complaints about their impact on the community to warrant action by council.

“The police used to come around the first year and half we were open,” says Chris Goodwin, Erin’s business partner and husband. They “would threaten to shut us down, but nothing ever happened, and they’ve left us alone since then.”

The day after our vape date, I get a text from my father thanking me, saying he thinks venues like Vapor Central are a nice change from the bar scene, especially since he isn’t much of a drinker.

In a city where so much “fun” gets regulated into submission, it’s very reassuring to see pot-smoking establishments getting treated so sensibly and cautiously by the powers that be. If only that model could be applied more often.