Comedy star was cool on screen, but even more awesome behind the camera 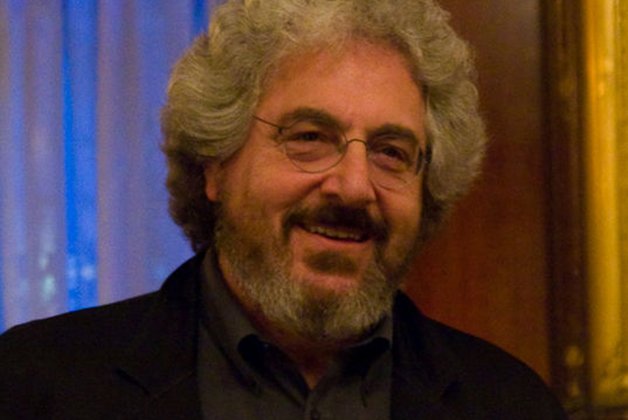 Harold Ramis died this morning in Chicago, after a long struggle with autoimmune inflammatory vasculitis. He was 69 years old.

It’s likely that the lanky, bespectacled Ramis will be best remembered as an actor, which is reasonable enough. He racked up hours of sketches on SCTV, stole scenes from his more famous co-stars in Stripes and the two Ghostbusters movies, and did some fine supporting work in Orange County and Knocked Up, usually playing some kind of father figure.

But it’s the work Ramis did behind the camera that made him a comedy legend. As Judd Apatow – who cast him as Seth Rogen’s dad in Knocked Up – pointed out on Twitter, Ramis’s influence on American comedy is incalculable. As a member of Second City (and the original cast of SCTV), he helped frame sketch comedy in a way that set up Lorne Michaels’s Saturday Night Live and, once that show exploded, helped steer the original SNL cast – many of whom he’d known since their days at Second City Chicago – into movies. Ramis co-wrote National Lampoon’s Animal House, Meatballs, Stripes and the Ghostbusters movies, and directed Caddyshack and National Lampoon’s Vacation.

He was a strong presence behind the scenes of a number of other movies, developing projects with his friends and connecting people to one another. He found space for his SCTV comrades whenever possible John Candy and Joe Flaherty turn up in Stripes, and Candy was originally slated to play Ghostbusters’ nerdy accountant Louis Tully – a role that wound up making a star of Rick Moranis instead. And he reached his apotheosis as a filmmaker with 1993’s Groundhog Day, one of the finest American comedies not just of its decade but pretty much of all time.

The premise – Bill Murray plays a vain weatherman who gets trapped in a time loop, experiencing the events of February 2 over and over again until he learns to let go of his superficiality and earn the love of another person – could have made for an entertaining enough comedy, but Ramis turned it into a lively, consistently surprising exploration of human nature.

His background in sketch and improv comedy helped him find different angles on the same scenes, using the movie’s gimmick to flesh out the setting and people of Punxsutawney in remarkable detail and show us how, and why, Murray’s vapid Phil Connors opens up to its possibilities.

Ramis might have been the only filmmaker on earth who could get Murray to set aside his ironic facade to give the soulful, melancholy performance that set up Murray’s renaissance as an actor of substance a few years later. (It was always obvious that Murray trusted him like a brother you can see it in the way they interact in Stripes and Ghostbusters and in Murray’s openness in Groundhog Day. I don’t want to think about what he must be feeling today.)

Ramis’s feel for structure and the development of ideas marks his best work. Ghostbusters wouldn’t be the film it is without Ramis’s influence at the screenplay stage, making Dan -Aykroyd’s mania for constructing elaborate supernatural mythologies subservient to the sharply defined relationships between the characters.

Even the high-concept movies he made later in his career – Multiplicity, Analyze This, Year One – are focused on personalities rather than jokes. Yes, even Year One, which is not nearly as terrible as you may have heard and features a fantastic cast of young comic actors clearly delighted to be working on a Harold Ramis joint. (A few weeks after its release, Michael Cera told me the experience of being around Ramis on a movie set made up for the negative industry buzz.)

I will end this the only way an appreciation of Ramis’s career should end, with the single greatest thing he ever did: the “do-it-yourself dentistry” Sunrise Semester sketch from the first season of SCTV. The sketch as written is pretty funny, but it gets truly hysterical when you learn that someone switched out the prop rum for actual alcohol just before shooting – and didn’t tell Ramis, who figured it out immediately and went on with it anyway.

And should clicking on that link lead to a YouTube rabbit hole of great Ramis sketches, well, that’s a legacy for you.