Head and the Heart at the Koolhaus

Folk band felt like the Beatles at Toronto tour stop 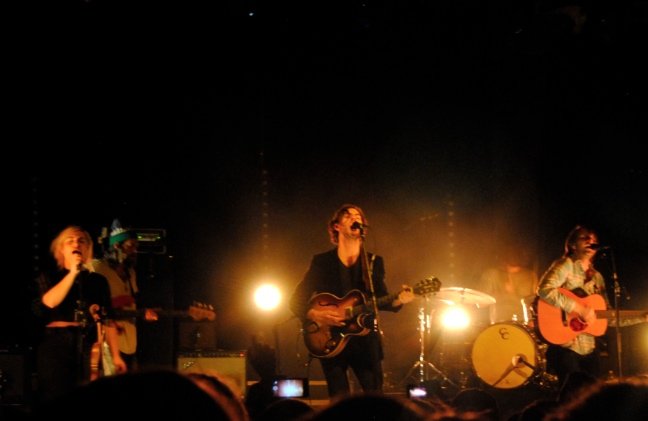 HEAD AND THE HEART at the Koolhaus, Sunday, March 30. Rating: NNNN

The band felt like “the Beatles” when they arrived at the Koolhaus on Sunday night.

Sadly for them, it wasn’t their own mass appeal that created the vibe, but a k-pop show next door at the Guvernment. Teams of screaming girls welcomed their entrance not knowing they weren’t Korean dream boats Teen Top.

Regardless, their show provided all the folky hits adoring fans paid for and more. Singer Jonathan Russell made everyone feel like they were listening to love songs written for our city when violinist Charity Rose Thielen outed him onstage for seeing a Toronto girl. Russell responded by saying he felt like he’d changed his Facebook relationship status, and then explained that he’d met a hogtown girl in Mexico and that she might be at the show.

When they performed Shake from their sophomore album, the crowd went into a wild hand-clapping frenzy with affirmations of love. And the audience sang along to Down In The Valley while they asked the “Lord (to) have mercy on (our) rough and rowdy ways.”

Traditionally bad at creating warm sound, the Koolhaus provided a more temperate vibe for the indie band’s stylings and the fans responded.